In this brief guide, we will look at a depression test that needs just 3 minutes to complete, as well as other things related to depression like depression treatment, symptoms and causes.

If you feel that you or someone you know is experiencing depression but you are not sure, this 3 minute depression test is relevant for you, and it is also reliable because it is based on Beck’s Depression Inventory and the DSM criteria for depression, both of which are measures a clinician might use.

To take the depression test, just read through the statements given below and answer yes or no based on whether you have felt any of these in the past 2 weeks, and the scoring key is given after the test.

Are you sad all the time, but without any reason?

Have you noticed a significant change in your appetite?

Have you felt lately that you are sleeping too much or too little?

Are you easily tired without making any effort?

Do you cry easily and without any reason to?

Do you feel that life isn’t worth living?

Have you tried to take your life?

Have you felt like it would be better if you just died, without actively trying to finish off yourself?

Do you feel hopeless about the future?

Do you feel worthless about yourself?

Do you feel like you have no one to help you out or that no one can help your situation?

Do you find it extremely hard to do anything?

Have you found that your self-care has reduced a lot lately?

Do you feel like being alone all the time and don’t want to be with family or friends that you like?

Do you feel hopeless?

Do you find that you keep waking up earlier than usual or have trouble sleeping?

If you answered more than 12 of these statements in a yes, then you might be suffering from depression and you may need to see a doctor about it, because depression usually does not just get better on its own and you will need treatment else it will just get worse. 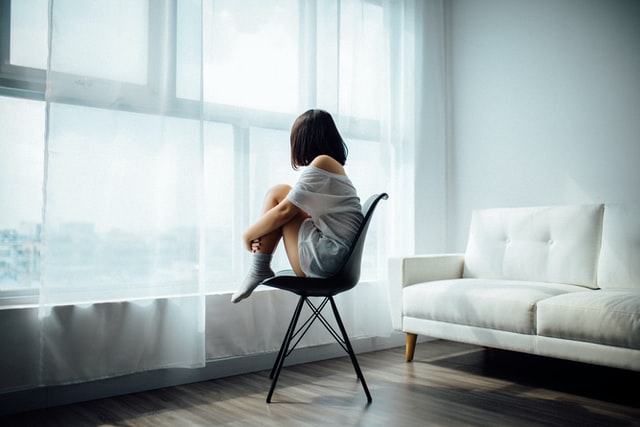 Depression is primarily characterized by the pervasive low mood that is not triggered by any significant life problem that might justify the low mood, and there will often be significant reduction of functioning as well.

In addition to the low mood, many people may not know but depression can also cause an impaired ability to think, concentrate, or make even minor decisions, which can render them even more dysfunctional even if they want to do things.

This kind of cognitive problem is particularly common in older individuals with depression as they may sometimes associate the cognitively demanding pursuits that are making it hard for them to function as a sign of dementia or old age.

O)n the contrary, children with depression may present with a precipitous drop in grades which may be the result of poor concentration.

The memory related problems of depression in elderly individuals, may also be known as ”pseudodementia”.

On the other hand, the presence of depression in elderly individuals may also be considered to be the initial presentation of an irreversible dementia, in some cases.

The causes of depression include problematic relationships during childhood, negative automatic thoughts, low serotonin levels and a low self-esteem.

Genetic factors have been studied mainly in moderate to severe cases of depressive disorder, rather than in milder cases, and it has been found that the parents,  siblings, and children of severely depressed patients have a higher lifetime risk for mood disorder (10–15%)as compared to the general population (1–2%).

The environmental factors of depression may be seen in the fact that depressive disorders often seem to begin after prolonged adversity, such as difficulties in marriage or at work.

Adverse circumstances of any nature seem to prepare the ground for a final acute stressor, which precipitates the disorder.

For example, there is evidence that having the care of several young children, poor economic circumstances, and an unsupportive marriage increase vulnerability to depression.

Most physical conditions are non-specific stressors but a few appear to precipitate depressive disorder by direct biological mechanisms.

For example, disorders like influenza and some other viral infections, childbirth and Parkinson’s disease are very common factors that seem to precipitate depression, in fact childbirth related depression is known as PostNatal Depression and it is extremely common.

The main treatment for depression tends to be antidepressants that belong to either the atypical antidepressant class or serotonin selective reuptake inhibitors (SSRIs).

SSRIs (including fluoxetine, paroxetine, sertraline, citalopram, and escitalopram) have specific 5-HT uptake blocking effects and have been shown to be effective in randomized trials.

SSRIs are generally well tolerated although they may cause nausea, agitation, insomnia, and intimate dysfunction.

They are relatively safe in overdose, which is something that is good in any treatment for depression due to the risk of taking their life that this disorder presents.

There is no evidence of large differences in efficacy between SSRIs, however, small differences do exist and sertraline and escitalopram appear to have good profiles of efficacy and safety.

These drugs are slightly more effective in severe depressive disorders than SSRIs, but less well tolerated, and while there are side effects and hazards of tricyclic antidepressants as well, they are still considered pretty effective.

It has been seen that tricyclic antidepressants have anticholinergic effects which are more of a threat of people with heart disease, glaucoma, prostatic hypertrophy, or epilepsy.

Individuals with mild to moderate depressive symptoms can benefit from support groups and online support platforms like mobile depression chat rooms. They are specially curated to help individuals cope in a positive manner.

Interpersonal psychotherapy is a standardized form of brief psychotherapy that focuses on improving the patient’s interpersonal functioning and identifying the problems associated with the onset of the depressive episode.

Instead of focusing on too many childhood memories or trying to get the patient to regain control of their thoughts and so on, interpersonal psychotherapy tries to make use of the existing support system of the individual to help them feel better.

Interpersonal psychotherapy is particularly useful when depression is a symptom of a personality disorder like Borderline personality, which is often a possible comorbidity for depression.

Behavioral activation involves breaking the cycle of the patient with depression to not engage with their life in any way and therefore getting even more depressed due to the lack of activity.

In behavioral activation the patient is to try some activities whenever they can and in any way they can, and they are coaxed into becoming more active again, which can be a good stepping stone to regaining the lost function.

In CBT, the patient is trained in identifying Negative Automatic Thoughts and the emotions associated with them, and try to change the maladaptive thought patterns.

In this brief guide, we looked at a depression test that needs just 3 minutes to complete, as well as other things related to depression like depression treatment, symptoms and causes.

Depression tests are fairly common online and usually they don’t take too long to complete either, and because this condition is so prevalent, it has also become quite common for clinicians to use the self-report measures for depression online.

Depression tests can only do so much, however, and they are better for those who have some level of insight into their condition, not so many people who are unaware of their situation.

One also needs to remember that taking a depression test online does not mean that they have been diagnosed with depression, and they are just measures to get some insight into the condition.

If you have any questions or comments about our 3-minute depression test, please feel free to reach out to us anytime.

Is it possible to diagnose yourself with depression?

No, it is not possible to diagnose yourself with depression as it is done by a clinician based on what other factors are involved, although you can do a self-assessment that gives you some insight into your feelings and what you need to do to get better.

While this self-assessment isn’t designed to diagnose depression the assessment can still help you share the results with your doctor to help them more.

What is the number 1 cause of depression?

The number 1 cause of depression is considered to be continuing difficulties like long-term unemployment, living in an abusive or uncaring relationship, long-term isolation or loneliness, or prolonged work stress.

What are the three types of depression?

The 3 main types of depression are:

Which test is useful in diagnosing depression?

Out of these two, Beck Depression Inventory is the test for diagnosing depression that most clinicians prefer, as it gives a comprehensive overview of the symptoms and their severity.

How do I know if I’m bipolar?

To know if you are bipolar you must go to a clinician, who will want to assess if you have had at least one manic or hypomanic episode that alternated with a depressive episode.

Bipolar disorder is characterized by intense mood states that fluctuate, so if someone you know has commented on the fact that you tend to be that way, you might be Bipolar.