Here is an extensive list of all main ENFP characters across anime, tv shows, movies and books:

Given below is a list of ENFP anime characters:

There are many ENFP famous people who exemplify the characteristics of the ENFP personality, and here is a list of some of the most influential ones:

Female ENFP characters are quite common, and they often appear in leading or lead adjacent roles, due to their charming and fun-loving yet principled and value-based personality.

Here is a list of some of the most prominent ENFP male characters:

ENFP stands for Extroverted, intuition, feeling, and perceiving, and this personality type is also known as a Campaigner, and they are some of the most extroverted people in MBTI.

The ENFP finds it easy to get out of their comfort zone very easily, and they find it easy to adapt to new circumstances, which makes them fairly easy to be around as well.

The ENFP personality type is also very creative, imaginative and open-minded and they usually have this very clear in their approach to challenges in their life, which may also be why they are highly curious individuals.

ENFPs have an introverted sensation function, which may also be a reason why they are so curious about things and they may often go from one thing to the next, exploring new ideas and places, and most of them would want to go experience new things.

ENFPs are also very observant, likely due to their intuition function, and they can find meaning even in the mundane things, which may also make them very funny and witty, as they can relate different things to each other.

ENFPs know how to have fun, and they may be the fun friend in the social group, always taking other people along wherever they go.

The ENFP has a good idea of how to have fun and experience life’s joys, and their extroverted Intuitive function in the ENFP lets them know that it’s time to relax and enjoy things they have worked so hard for, which means they are good at taking a break from things, and if they get too stressed that they may want to do something about it.

ENFP is also spontaneous and impulsive, and they are also very easily approachable and friendly, interesting, and exciting, and have a cooperative and altruistic spirit.

The ENFP is also empathetic and people automatically turn to them in their time of need, which makes them very good friends and bless them with a huge social circle.

ENFP is also very extroverted and they have no difficulty in forming new connections with the people and the external environment they live in, and they may be described as bustling with energy as they go to work on all the amazing ideas they have on a regular basis.

ENFPs are also very engrossed in the idea of telling their friends everything they come up with and they are usually innovative and easily excitable.

ENFPs are also good communicators and they find it very easy to articulate things well, and therefore they are able to express the brilliant ideas they have very well.

Here are some personality traits of classically ENFP characters.

The Master from Doctor Who

A great ENFP character is the Master from Doctor Who, and he plays an antagonistic role on the show.

The Master has a need to receive the doctor’s friendship  and this drives him to destroy things and capture or hurt the Doctor because of the conflict caused by his secondary function of introverted feeling, because he knows he is not worthy of the Doctor and will likely never get him to be his friend.

The Doctor has an intense sense of right and wrong and the Master has difficulty adjusting to that notion because of his skewed sense of morality, because it is just so in built in him as well.

The Master is also impulsive, which many ENFPs can be, and despite his careful planning, he always loses it when he gets what he most desires: the Doctor’s attention.

When this happens the Master loses control and his emotions always get the better of him and he acts out in abnormal ways that surprise even those who have been with him at every step of his planning and strategizing.

Rapunzel is an ENFP character from the Disney movie Tangled, and she shows some great traits of the typical ENFP fictional character.

Rapunzel is ruled primarily by her emotions, and she doesn’t really care about planning things out, even when they are as important as running away from home.

She has a tendency to be impulsive, like a true ENFP, and she thinks about things later, which may be seen in her struggle when she leaves the castle for the first time, where she exclaims, in parts, that “I’m a terrible person!” and “I have never been this happy!”.

Rapunzel is focused on her current reality and takes things as they come, and she also tries to make the best of the opportunities that have been provided to her, which is very true for the ENFP personality due to their perceiving function.

Nymphadora Tonks is an ENFP fictional character from the books and movies Harry Potter.

She is a colorful and interesting person, and she shows traits like being assertive and bold (“Don’t call me Nymphadora!”) and yet she is deeply emotional and she always helps out anyone in need.

Nymphadora is fearless and curious, which are also ENFP traits, and she always wants to find the creative solution to things, and usually her decisions are made in a typical perceiving fashion, in the current moment and without regard for the bigger picture or the details.

Most places think that Anne is an INFP, but there are some strong ENFP traits in her as well, which is why she makes a good study for ENFP characters.

She is absolutely driven by her imagination and her sense of what’s possible, and like a true ENFP she can be somewhat impulsive.

Anne focuses in the present and she sticks up for her values and ideas even in the face of mockery and scorn.

Jo marchmakes for a great ENFp character as she is rebellious and creative, and she shows the typical ambition of the ENFP type.

She also has trouble with social norms, and she has the dream of becoming a writer which is also something many ENFPs might relate to due to their imaginative and creative nature. 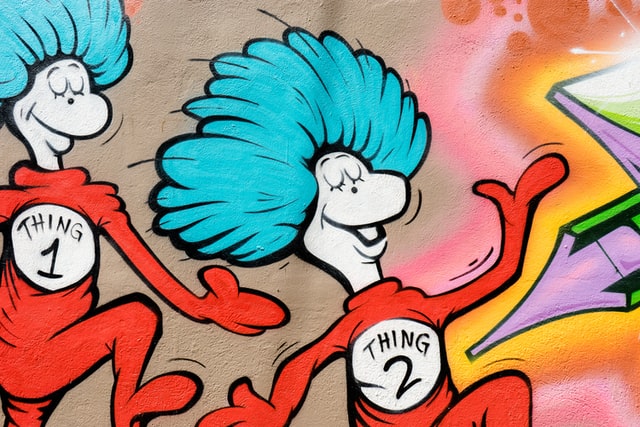 ENFP personality is characterized by the tendency to be curious and yet extremely mindful of the feelings and emotions of others around them, which makes these individuals very good friends.

Most ENFP characters tend to be gentle and sweet souls who have set belief systems that they don’t like to compromise no matter what, and they may tend to be the protagonist more often than not.

Looking at ENFP characters can be a very good way of understanding the ENFP personality, and if you have any questions or comments about the ENFP characters discussed here, please feel free to reach out to us.

What characters are Enfp?

Some characters that are ENFP are:

What is Enfp personality?

ENFP stands for Extroverted, intuitive, feeling and prospecting, and this is a personality type defined by the Myers-Briggs Type Indicator (MBTI).

ENFp personality tends to be enthusiastic, charismatic, and creative, and people with this personality type are also very charming, energetic, and independent.

Who are ENFPs most compatible with?

ENFPs are most compatible with INTJ and INFJ, as usually most people are attracted to a partner who is strong in areas that they are weak, which for the ENFP is judging qualities and strong decision making powers.

ENFPs can have quite successful relationships with the INTJs and INFJs.

Why are Enfp dangerous?

ENFPs can be somewhat dangerous because they have the capacity to be manipulative if they want to be that way, and they can sometimes win people over to their side using charm and get them to do what they want.
Usually the ENFP might be sweet and easygoing, but they have a way with people, and sometimes they may use this capacity for charisma to wrap people around their little finger.

Some ENFPs are also able to acquire power and influence with this talent and they may often use it responsibly or irresponsibly depending on what strikes their fancy.