In this brief guide, we will look at what a sinking feeling in the chest means, generally, as well as in the context of being sad or feeling anxious, and what one can do about it.

A sinking feeling in the chest: Meaning

A sinking feeling in the chest may generally refer to a feeling of foreboding or like something is wrong, and in most cases, it may signal anxiety, heart problems, extreme sadness, or stress.

A sinking feeling in the chest may also mean that you are having palpitations, or flutters in the chest caused by rapid heart rate, which may be caused by various things like a physical problem or psychological tension and stress manifesting in physical symptoms.

Most people might use the phrase “sinking feeling in the chest”, as a means of saying that they feel like something bad is going to happen, and they may use it in reference to something specific that they are concerned about.

If you feel like you are experiencing a sinking feeling in the chest for real, and you can feel your heart beating abnormally or your respiration feeling labored in some way, you need to get assistance, especially if you think you might be at risk for a heart-related condition.

If you are not typically at risk for a heart condition you need to see a professional because you may be suffering from anxiety which means that you need immediate attention and medicine before your anxiety gets too much.

Sinking Feeling in the chest: Is it the Heart?

A sinking feeling in the chest can often be described in other words as a fleeting or odd sensation in the heart or chest and may be accompanied by a feeling of tightness in the same area, sometimes with pain following or preceding it.

The sinking feeling in the chest most people describe when they have a heart-related issue is also known as Palpitations, which are described as:

“Palpitation is a common, unpleasant, and often alarming awareness of heartbeats. It may result from the increased conscious perception of the normal cardiac rhythm or from any cardiac arrhythmia producing changes in heart rate, rhythm, or contraction pattern, and maybe reported as a skipping, pounding, fluttering, or similar sensation.”

What this means is that a sinking feeling in the chest may result from the heart beating irregularly or skipping a beat, which is what Arrhythmia means, and this is a very serious condition that needs to be checked out because it can lead to some extremely serious complications.

According to the news-medical website, these are the symptoms that one might also experience in addition to a sinking feeling in the chest and one needs to look out for them if they get this feeling:

In addition, undiagnosed cardiac events may lead to a full-blown cardiac arrest as well, which may manifest with:

Sinking Feeling in the chest when sad

Someone with depression or someone who is feeling sad may have limited resources to deal with the environment, and as a result, when they sense that there is something wrong or that they may soon have to deal with a particularly hard situation they have had a sinking feeling in their chest.

Some people may also experience a sinking feeling in the chest when they get extremely sad, and as opposed to what most literature tells is, it is not because we think with our brain and feel with our hearts, but because neurotransmitters like serotonin and dopamine, which are related to emotions, and hormones, are related to blood flow, and rising or falling blood pressure often makes the heart feel weird.

A study was also done in 2009 study at the University of Arizona and the University of Maryland, which showed that activity in a brain region that regulates emotional reactions, which is called the anterior cingulate cortex, does a good job of explaining how an emotional insult can trigger a biological feeling or a sinking feeling in the chest or stomach.

When someone is undergoing a very stressful experience, the anterior cingulate cortex may respond by increasing the activity of the vagus nerve, which is directly connected to the heart and starts in the brain stem, and which also reaches the abdomen (thereby the moniker of “Gut-Wrenching”).

Due to the activity in the anterior cingulate cortex, the vagus nerve is stimulated, and this can cause pain, nausea, and weird sensations in the heart, which may lead to a sinking feeling in the chest and stomach.

A Sinking Feeling in the Chest: Anxiety

A sinking feeling in the chest may happen for various reasons, but most people may experience it as a symptom of anxiety, where it may be accompanied by nausea, dizziness, nervousness, and other symptoms related to autonomic arousal.

Anxiety, particularly generalized anxiety, is defined by the feeling of foreboding it causes, and the anticipatory nature of “something is going to go wrong”, and this may often cause the patient to describe the situation as a sinking feeling in the chest.

Often people may not recognize autonomic arousal for what it is, and they may mistake palpitations or other chest or respiration related symptoms of anxiety to mean just a sense of something wrong or a sinking feeling in the chest.

The symptoms of Generalized Anxiety disorder according to the International Classification of Mental and Behavioral Disorders are:

Sinking feeling in the chest when lying down

Many people experience a sinking feeling in the chest when lying down, and if you sleep on your side, it is quite normal to have this feeling.

Sometimes you may get a sinking feeling in the chest when you are lying down and just about to fall asleep, and you may also feel like you are falling at the same time, which may jerk you awake, this is known as a Hypnic jerk.

A Hypnic Jerk happens when you are about to fall asleep and your heart rate drops more than it should, which causes the brain to jerk you back to wakefulness by making it seem like you are falling, but this is just an instinctive measure and unless it happens all the time, it is nothing to worry about.

You should see a professional about a sinking feeling in the chest when lying down if it gets to a point where you are also experiencing shortness of breath, lightheadedness, dizziness, or feeling any pain or experiencing hypnic jerks so often that you are not able to fall asleep well. 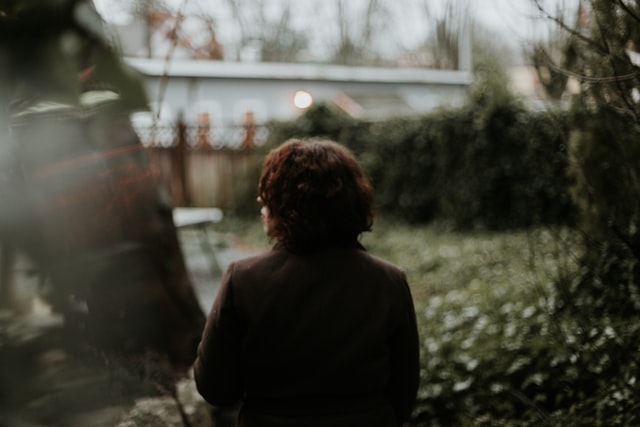 In this brief guide, we looked at what a sinking feeling in the chest means, generally, as well as in the context of being sad or feeling anxious, and what one can do about it.

As we saw, a sinking feeling in the chest can mean a lot of things, and some of them can be rather serious, which means that one needs to pay adequate attention to such a circumstance.

If you have any questions or comments about the subject discussed here, please feel free to reach out to us.

Is it normal to feel your heartbeat in your chest?

Yes, it is normal to feel your heartbeat in your chest if you are scared or exercising or engaging in otherwise strenuous conditions, as it may often mean that your heart is beating faster.

What is heart sinking?

“Sinking heart’ is an illness and in this, a person may experience physical sensations in the heart or in the chest which may be caused by excessive heat, exhaustion, worry, and/or social failure.

What causes the feeling of heart dropping?

Causes of the feeling of heart dropping may be strenuous exercise, not getting enough sleep, or drinking too much caffeine or alcohol, as well as smoking tobacco or using illicit drugs.

In some cases eating rich or spicy foods can also cause the feeling of heart dropping or heart skipping a beat.

How do I know if I have heart problems or anxiety?

To know if you have heart problems or anxiety you need to see a doctor or clinical psychologist, as making this assessment at home can be very dangerous.

Panic attacks and anxiety symptoms can sometimes look the same as both involve autonomic arousal to a large degree, and as a result, trying to figure out which is which n your own can be difficult and dangerous.