In this brief guide, we will discuss Katelyn Nicole Davis and what drove her to suicide, and all the situations surrounding her mental health state.

Katelyn Nicole Davis: What Happened to Her?

Katelyn Nicole Davis made the headlines for the saddest reason; she was a 12-year-old girl who died of suicide in December 2016, when she was just 12 years old.

Katelyn Nicole Davis was an amazing and interesting young girl, who undoubtedly had much potential and great promise, but because she had a rough life, in which she saw abuse and problems at school, and other social problems that happened around the same time, it sadly culminated in too many things going wrong together and she ended up taking her own life.

The reason so many people want to know about Katelyn Nicole Davis is that she live-streamed her suicide on the site Live.me, where people share live videos of themselves, and because she already had an online presence before that day a number of people saw the live feed, at which point the video quickly went viral on Facebook, after which it naturally spread.

Katelyn Nicole Davis’s death sparked the conversation about mental health and suicide all over again, especially in the context of young individuals, but the problem is because there were videos and they way it happened was different from what usually happens in cases where someone dies of suicide, the conversation quickly shifted to online forums, social media, and other pitfalls of technology, instead of being what it should actually be about, which is, mental health and suicide.

Suicide claims far too many young lives every year and for some reason, efforts aimed at helping with this condition don’t seem to help as much as they should.

There are far too many factors in the lives of young people that drive them to suicide, like bullying, abuse, the changing environment and all the upheavals in society currently, all of which are an enormous pressure on the mind of those who are not yet done developing.

Katelyn Nicole Davis’s story only shows yet again how important it is to recognize the signs and symptoms of mental health conditions in people close to us, and to get them the help they need.

If you know someone that is suffering from a serious mental health condition, or someone you think might harm themselves in some way, even if it is not suicide, please reach out at helplines like these, and try to get whatever help you can for this individual. 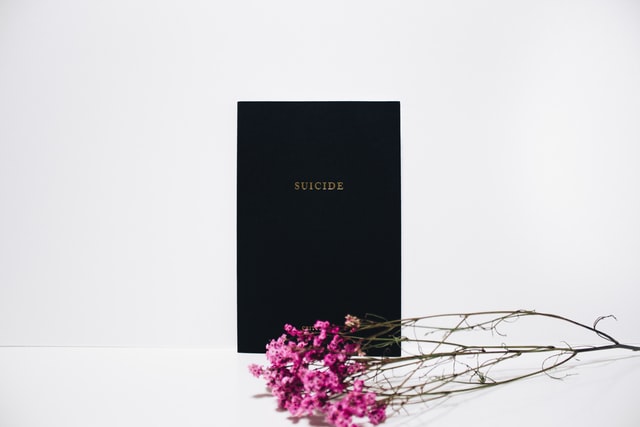 Katelyn Nicole Davis (February 20, 2004 – December 30, 2016) was known online by the username “ITZ Dolly”, and she was a 12-year-old American girl who lived in Georgia with her family, that included her stepfather and mother as well.

She died of suicide on December 30th, 2016 by hanging herself in her backyard, and live-streamed the video on the website live.me.

While her action brought out a lot of online support and attention to the mental health issues and suicide causes and prevention, as well as other concepts that usually add to these problems during childhood, like child abuse, bullying, and appropriate use of social media, the conversation eventually ended up being about the social media problems and why teens and young individuals spend so much time on social media.

Katelyn Nicole Davis was a talented girl, and she was an active blogger on multiple social media sites, who from time to time also recorded videos about insights into her experiences, singing  and sharing spiritual philosophy, or sometimes showing her taking care of her two younger siblings.

There were some slightly more disturbing videos as well, in some she argues with her mother, alleges criminal activity, breaks down emotionally, and claims being neglected by her biological father alongside being physically and sexually abused by her stepfather.

She also mentioned in one of these very videos that her stepfather encouraged her to finish off herself saying, “He told me I should go hang myself because I was worthless.”

There were clearly many allegations of abuse in her videos, which is what led to the eventual investigation by the Polk County Police into these reports, but not much came of it eventually.

In another video she talked about how she has been a victim of catfishing by someone pretending to be of the opposite sex online, which many will remember is also what happened to Megan Meier in 2006.

Quite possibly the saddest part of Katelyn Nicole Davis’s story is that she had a history of suicide attempts as well, which for some reason went unnoticed, and she did not get the care she so clearly needed, and even though she had tried to end her life through medication overdose which had even led to her being hospitalized, no one seemed to do anything about it, and eventually this added up to a sad ending.

Another factor that was extremely indicative of her mental health condition was the fact that she had also engaged in self-harm, cutting her wrists and thighs, and that too just a few days before she died, which is exceptionally horrible given that if she had received the care she had needed, this may not have happened.

Suicide in America, Signs and Symptoms

According to the NIMH, suicide rates in the U.S. have been extremely high for a very long time now, and the NIMH statistics also say that while men are more likely to die of suicide because they tend to use more lethal methods like firearms, women are more likely to attempt suicide, and neither of them is something to be taken lightly.

Suicide refers to the ending of one’s life for any reason, and one must not always think that suicide happens only when someone is depressed; there can actually be a lot of reasons behind someone dying of suicide.

In fact, based on the causes, suicide is of four types:

While these classifications are meant more for clinicians, what regular people need to be aware of are sign and symptoms of suicide, which according to the NIMH, are:

Many experts will say over and over again that even talking about suicide is a very serious issue and that someone who mentions it must be given immediate attention, and the reason for this is that many times someone who is merely saying it can get pushed over the edge because of a stressful situation, and the fact is, even thinking of suicide as a reaction to depression, stress or anxiety, is a sign that something is gravely wrong.

Another reason people often ignore the obvious signs of a mental health condition that eventually ends in suicide is that sometimes these are not the so-called “quiet” symptoms, and people who self-harm or attempt suicide, like Katelyn Nicole Davis, many times get accused of seeking attention.

The problem with that narrative is that it becomes a case of the “boy who cried wolf”, and what people forget is that the wolf does come at the end of the story; this means that even if someone is doing these things for attention it still implies a mental health condition, and the chances that one of those attempts will eventually be successful, rises with each attempt.

One needs to also remember that there are plenty of mental health conditions, like Borderline Personality Disorder, that may be characterized by threats of suicide, but anyone who knows about the disorder also knows that these individuals are also very prone to dying of suicide, so signs like that must never be ignored.

We go on social media for nearly everything today, and the younger generation has received it pretty much as their main platform for expression and communication, which means that any signs and symptoms of possible mental health conditions will also be seen on social media.

Keeping this in mind, there are various rules and regulations in place on social media platforms that one needs to know if they are active on social media, so that they may help someone in need.

If you see someone posting self-harm related or suicidal messages on social media, here are some pointers about where you can go:

In this brief guide, we discussed Katelyn Nicole Davis and what drove her to suicide, and all the situations surrounding her mental health state.

Suicide is a very heart-breaking thing to begin with, and when something like the public forum is added to the mix like in the case of Katelyn Nicole Davis, it can become that much more tragic.

There are far too many children like Katelyn, sadly, who get driven to taking their own life for some reason or another, and their mental health keeps taking a backseat because the society has always been so sure that young people don’t have any struggles in their life and they don’t have any problems that cause them pain.

Katelyn Nicole Davis’s case teaches us that there needs to be a better conversation about mental health in young individuals as much as it is in adults, and the possible causes of depression in childhood and adolescence need to be explored much more.

If you have any more questions or comments about Katelyn Nicole Davis, please feel free to reach out to us at any time.

Who was Katelyn Nicole Davis?

Katelyn Nicole Davis was a young girl who died of suicide in December 2016, and she streamed the suicide online.

Who was abusing Katelyn Nicole Davis?

There were reports that Katelyn Nicole Davis was being abused by her stepfather who apparently would tell her that she was worthless and should die, and after her death there was inquiry into these allegations as well.

How old was Katelyn Nicole Davis when she died?

Katelyn Nicole Davis was 12 years old when she died of suicide.