In this brief guide, we will look at the ISTP function stack and some features of the ISTP personality type.

The ISTP function stack is a layered collection of functions that are ordered according to their relative strength, and they are:

The functions in any function stack are thinking, feeling, sensing, and intuition, which is either oriented to the inner world of the person or the external world, depending on whether they are an introvert or an extrovert.

The function stack of any person may also be ascertained by whether they are higher on decision-making processes, which are Judging, or information gathering and making sense of things, which is perceiving.

Judging includes thinking and feeling and Perceiving includes sensing and intuition, and together they form the function stack in the order they appear in the person’s preferred behavior.

The ISTP is known as the Virtuoso and is someone with Introverted, Observant, Thinking, and Prospecting or Perceiving personality.

The ISTP loves to explore their external world with their hands and their eyes, touching and examining the world around them with a rational approach and they may display an innate curiosity to engage in the environment at all times.

Due to this relationship these people have with the environment around them, they can also be rather creative makers, creating things and building things on their own, and they may often move from project to project.

They may build things that have used as well as those that are just for the fun, and they may display their curiosity in very specific ways.

They may also like learning from their environment a lot and they like getting their hands dirty to understand things, rather than the thinking and analyzing approach a lot of thinkers take, and due to this, they may often make great mechanics and engineers.

The ISTP personality type may also be very interested in solving puzzles or interacting with the puzzles on hand in some way, and they may have very tactile and interactive learning styles.

The ISTP may also have a lot of interest in their handy projects and their introverted personality may show in the way they retreat to their shells to get into their space.

The ISTP may also have great principles and freedom, and they’ll need to be open to Virtuosos returning the interest in kind.

The ISTP is also helpful and likes to lend a hand and help out all they can, and they also like to share their experience, and they like to hang out with or help out the people they care about.

The ISTP is quite uncommon, due to their personality traits, and the women in this personality type may reject gender roles with a passion, not wanting to be anything society wants them to be, and they may rebel or act how they want quite often.

ISTPs are also quite enigmatic and even though they may get along with people quite well, they tend to be private and it might be hard to get to know them and may take a long time.

However, they can also be spontaneous and impulsive, but at the same time very calm, and this juxtaposition of traits is a result of the ISTP function stack.

Due to their tendency to want to get down in the dirt and figure things out for themselves, the ISTP individuals may not like to get a formal education and may not have much regard for the written word or debates, and schedules and routines may feel like a drag to them

The ISTP’s behavior may also be hard to predict at most times even by people that know them and even when they seem loyal and stable, sometimes they may have sudden impulsive energy that may come around without any warning.

The ISTP personality has the sensing traits as the chief functions, and therefore according to some research, they may be more susceptible to Attention Deficit Hyperactivity Disorder (ADHD), as it has been seen that sensing and perceiving links are linked to the symptoms of this disorder.

Now that we have explored what the ISTP function stack is like and what some features of the ISTP personality according to the MBTI description are, let us get into the Jungian aspect of this function stack.

The dominant function in the ISTP function stack is the judging-based function of introverted thinking, which is usually responsible for a slower and more detailed analysis of things before coming to a decision and implementing that strategy into the world.

The ISTP is responsible for logical analyses of things that go very deep and cover a lot of ground in the cognition, and the concepts are explored properly without executing any sort of plan related to them.

Because the Ti is a judging function, the main purpose it serves it to solve problems and find answers to the challenges that are presented to them, and due to this function, the typical ISTP may have the ability to detach themselves from situations, which allows them to be objective as possible.

The introverted thinking function of Ti has the rather unique, and maybe even somewhat frightening ability to shut out emotions in order to be more objective, and they will rarely let feelings or values interrupt their process, which is likely why they go about solving things in an almost mechanical fashion.

This tendency of the ISTP to put emotions at bay may also show itself in their arguments with others, where they may only care about making the points they want to make without paying much thought to how it is making the other person feel.

The ISTP may seem like they usually take time to understand things and make decisions about them, which is due to their dominant introverted thinking function, which causes them to have a need to explore something in-depth before they can decide on an approach.

The ISTP may also love learning, which may include understanding complex things in a deep way, and this shows in their tendency to take things apart and put them together, which is how they make sense of nearly everything in their external environment.

The ISTP is also a very practical person and they enjoy doing things that have some basis in the real world, rather than making sure everything is perfect and beautiful, and they may like the idea of learning a lot and acquiring a lot of knowledge, rather than accumulate a lot on the same subject.

According to neuroscientist Dario Nardi, Ph.D., a strongly introverted function may show linkage with the ability to multitask and do multiple cognitive processes at once, which may also be seen in the following ways:

This kind of analysis explains why the ISTP is so into getting their hands dirty and doing things physically, as well as why they love problems with a high-risk factor.

The second function in the ISTP function stack is extraverted sensing, which is likely the reason behind the ISTP behaviors like wanting to seek things in the environment around them as well as their obvious innate curiosity about things.

The ISTP has a desire for new and amazing adventures and they are very much in love with freedom, which are both things that come out of the extraverted sensing function.

This function in the ISTP function stack may often make them somewhat prone to impulsiveness, but with age, they may somehow learn to get it under control.

The ISTP may also have a rebellious side to them, in part because they are curious about what would happen if they break the rules, and partly due to their thrill-seeking and sensation oriented cognition.

The freedom aspect of the ISTP personality that was discussed here previously means that they also love being able to do what they want and they may have rather strange ideas of fun which may sometimes include things that others may view as dangerous.

This tendency to take risks after making thoughtful analyses however is the reason that these individuals can get so much accomplished, and why they are successful in things they choose to do because they can take risks others simply can’t, and unlike a risk-taker who does not think things through, the ISTPs actually do with their dominant function.

The ISTP is a doer through and through, and this does not change when they are in relationships, and they might prefer to do things with their partners rather than sit around and talk about things.

Sometimes they may get frustrated and impatient people they love and they need to learn change and not everyone wants to be doing things all the time, and perhaps people approach life in different ways.

The extroverted sensing function makes the ISTPs great at building and creating because that is one of the ways in which they engage with the external environment.

They may also like to depend heavily on personal experience, and they may use the experiences they have with this function to allow analyses of the other things.

The third function in the ISTP function stack is the Introverted intuition and this function involves the use of abstract concepts and ideas inside the person’s head, that is collected after searching the external environment with the extroverted sensing function.

The introverted intuition function of the ISTP helps the auxiliary function extroverted sensing by taking all the information it gathers and weaving fine networks of that information, making connections between distance ideas, and storing them to refer to in the future.

The introverted intuition is a partly subconscious process, and it is rarely felt by the individual when they are in the throes of doing something they love and exploring, but it may manifest in the way they instinctively know what to do even when they are faced with a new problem, because they did it once, very long ago.

Due to the tendency of the introverted intuition to be hands-on and wanting to store and organize new information, it enjoys solving novel problems, and therefore the ISTP may find that they get bored easily when faced with repetitive procedural work.

As long as extroverted sensing can see a practical use for something in the real world, the introverted intuition will enjoy handling an abstract or vague idea, but the minute it starts to get too vague the ISTP might bail on it. 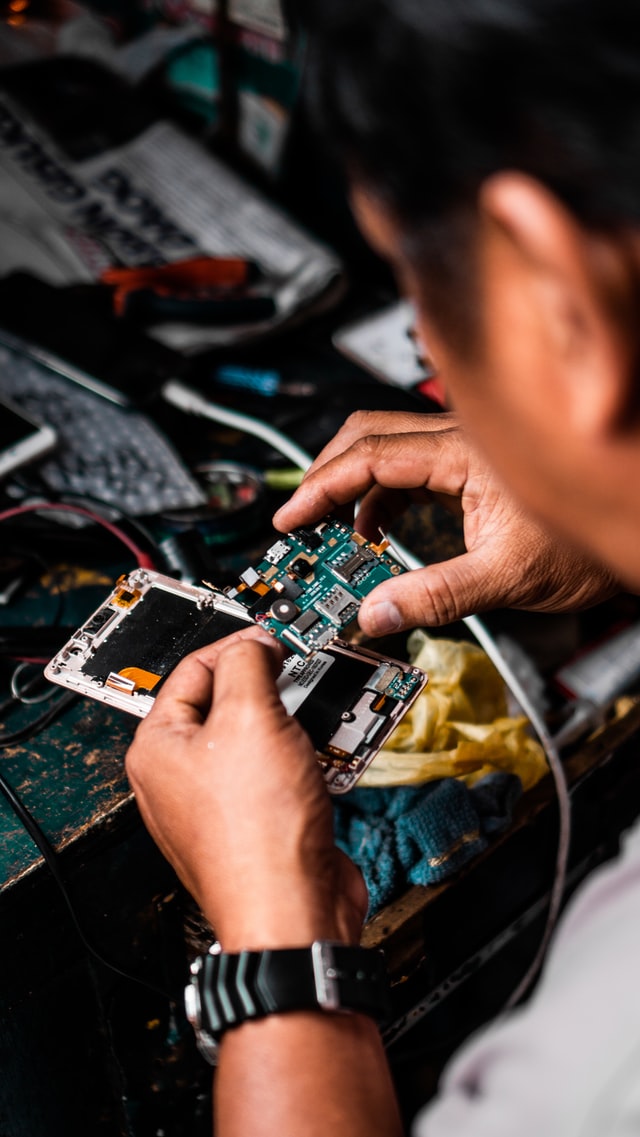 The last function in the ISTP cognitive function stack is the extraverted feeling, and it is so far into the subconscious that most of the time the ISTP may not even know that they are using it or can use it.

A weaker extraverted feeling function means that the ISTP may sometimes offend people and don’t even realize and this may make them feel like they need to walk on eggshells with everything they say.

Sometimes the ISTP may also start avoiding topics or situations where they have blundered before because they are not sure what hurts the other people exactly.

In this brief guide, we looked at the ISTP function stack and some features of the ISTP personality type.

ISTPs are not very serious, but when they get down to doing things they like they can seem very serious.

ISTPs are more likely to be artistic than serious, and the only times they take things seriously are when they are trying to understand a problem.

Who do Istp get along with?

The ISTJ may get along best with someone with an extroverted thinking function like ESTJ.

ISTP may also get along rather well with ENTJ.

What are ISTPs good at?

ISTPs are good at logical analysis and anything that is action-oriented or involves dealing with the environment directly.

ISTPs may also be good at things that have a practical application.

They are also quite adaptable and usually have good technical skills.