In this brief guide, we will look at a list of some of the best ISTP fictional characters and take a deeper look at some of them.

Here is a list of compelling ISTP fictional characters: 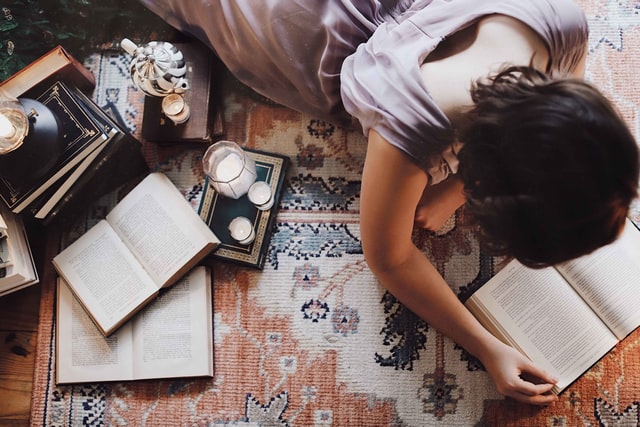 ISTP personality stands for introverted, sensing, thinking, and perceiving, and this type tends to be more focused on the information all around them rather than what they need to do with that information.

This type of individual is likely to be laidback, easygoing but firm in their principles, and they may have a tendency to feel intense emotions but they may be extremely private about them.

The defining characteristic of the ISTP personality is their need to interact with their environment in a hands-on way, and they like being creative in some way or another and may also have a tendency to wield tools or instruments in some way.

Their motor behavior is very oriented towards the external world, but their inner world is a complex jumble of principles and analytical thinking, and they like being methodical and precise in things they do.

With these traits in mind, let us explore some of the great ISTP fictional characters.

Ron Swanson is a fantastic ISTP fictional character from the tv show Parks and Recreation where he frequently displays ISTP traits of wanting to break away from established institutions and focuses mainly on his own thing.

Introverted thinking is the dominant function in an ISTP, and it is a subjective form of logic which tends to work more in terms of reactivity to things rather than the hands-on action-oriented approach of the extroverted thinking.

The introverted thinking function is also very independence driven and it makes itself very clear in Ron’s lack of loyalty to the government, which he frequently claims is a useless institution, making it a point of difference between him and Leslie Knope.

He often claims “Government should not be involved in the society at all”, which is something that possibly comes from his introverted thinking ways of decision-making, but which at the same time explains how he has the ability to be a great leader for the workers he manages.

The ISTP Ron Swanson has an authoritative presence that is brought about by the introverted thinking process which is very different from the radical types of stereotypical extroverted thinking forms of leadership.

The introverted thinking of an ISTP usually enables them to see those under their command as independent beings who are equal to them and can make decisions for themselves, and though they will provide guidance whenever necessary, they won’t interfere too much or micro-manage.

The tendency of an ISTP to deal with their environment in tactile and physical ways is also seen in Ron Swanson and his propensity to work with wood, be by himself, read about boats, etc.

He is also very resistant to change and wants to avoid it at all costs, and his tendency to be an extreme introvert who is also secretly very creative comes across in the fact that he has a secret alter-ego that plays the saxophone at the local jazz club.

There are few people who do not like Minerva McGonagall, and they probably just don’t understand her, because she is one of the best characters in fiction, and this ISTP fictional character has a lot of the typical ISTPP traits that may be seen in people around us.

McGonagall is strict, everyone knows that, but very few people tend to notice that most of her judgments, even the initial ones before the bad guys take over, come from an inner place of her own belief system.

McGonagall does not care about the rules set in place by the authorities the way someone with extroverted thinking might, and when it comes to this she doesn’t even want to listen to Dumbledore (“He’s just a Boy!!”), and has her own opinions about things.

She makes decisions about punishing or not punishing students based on what she thinks will help them eventually and whether she thinks it is justified, and the beliefs she has are independent of systematic rules and expectations.

McGonagall often alters the rules of the school at the moment depending on each situation as it arises, and this is something her primary functions are capable of, as they think more perceptually than conceptually.

Ideology does not seem to matter much to this ISTP fictional character, and she cares more about whether it’s right or wrong, everything else is unnecessary information she does not need.

Minerva McGonagall also does not deal with potential issues or past issues, what is current is the only thing that concerns her, which is a hallmark of the true perception-based personality type like ISTP.

Megara is an ISTP fictional character from the animated Disney movie Hercules, and her ISTP traits are very evident throughout the movie.

Megara, or Meg, as she likes to be called, is fiercely independent and an individualistic type of character, who plays by her own rules and does not care very much about anyone else, not even the primary villain whose thumb she is under.

Meg cares about herself most of all, from the very beginning, and she looks out for herself first.

She is not uncaring about others, but her first priority is her individual freedom, which she is trying to guarantee throughout, and her tendency to care about others becomes apparent when she thinks that Hercules is deceased but he comes out from under the rock and she feels a thrill about it even though she has just met him.

Meg acts the way she does because she is ruled by thinking and therefore her decision-making processes do not involve many feelings.

Since an ISTP is ruled by the perceptual processes instead of the judging, Meg sees her situations as they develop through an opportunistic lens so she can figure out what she wants to do and how she can make things happen for her.

The typical ISTP characteristic of being able to make the most of their situations may also be seen in Meg and the ISTP functions make her great at adapting to the moment.

However, at the same time, she does not always consider the long term effects of her actions because she is so oriented to the present.

She also prefers to act rather than talk, and she likes to express herself with gestures, which many ISTPs might want to do, and it may benefit their loved ones or partners to take the Languages of love test to truly understand what these very reserved people mean when they say certain things.

Mulan is an ISTP fictional character from the Disney movie of the same name, and the entire movie is about her struggles and her efforts to fight for her country.

Mulan is a warrior, and as such, she has a quiet fieriness about her and she appears to be very independent and inventive.

The very typical ISTP tendencies to construct efficient ways to do their chores, and accomplish other things, is fairly evident in Mulan, which may be seen in the way she finds ways to defeat obstacles during training, finds a way to beat the Huns on the mountain, and devises a way to finally defeat Shan Yu.

Introverted thinking tends to be is a very hands-on function and in an ISTP it may mean that they tend to enjoy most things that are suited to this function, which explains why they are so focused on their environment more than anything else.

One may think of it this way, they like paying attention to their surroundings so much because their minds are always working, and it provides both a necessary reprieve as well as a potential place to collect more information to provide the mind.

Mulan can be quite logical but unlike the extroverted thinking individual, she is more open-ended in her logic.

Another thing that makes Mulan a great fighter, as well as a great ISTP fictional character, is her ability to interact with and adapt to any environment she is part of, and she does not waste time planning or plotting, jumping into action straightaway.

Toph Beifong is an ISTP fictional character from the anime Avatar: The Last Airbender, and she shows some traits that correspond well with the ISTP function stack.

Toph is deeply involved in her dominant function of introverted thinking, and she gets immersed in whatever process is currently going on around her and usually, she is more than satisfied with it to care or judge other things.

ISTPs like to have something to put themselves in, especially in their environment in a physical sense, and Toph has Earthbending for this purpose, which is beautifully metaphorical to express just how involved ISTPs are with their environment and how happy it makes them.

Toph and Earthbending go hand in hand and in typical ISTP sense to not care about much else, this is basically her passion.

She is also very action-based and she cares more about her current time and her current situation to give too much attention or too many of her resources to the future or keep thinking about the past.

In this brief guide, we looked at a list of some of the best ISTP fictional characters and took a deeper look at some of them. Please feel free to reach out to us with any questions or comments you may have.

What characters are Istp?

Here is a list of characters that are ISTP:

How does an Istp flirt?

An ISTP usually flirts through body language, they may express a great deal with their gestures and expressions and they may not say very much.

Experience and showing physically that they like the other person is how ISTPs will usually flirt, they are unlikely to talk too much or be very excited, they will usually do things in a quiet manner.

No, the ISTP is possibly the least manipulative of all the personality types.

ISTP cannot be manipulative because they tend to have a strong sense of right and wrong, and their interest is simply not oriented towards other people.