The key distinction between intuitive vs observant is that while the intuitive person is capable of creating networks of information and picking up chunks of information, the observant person might take in components rather than a concept as a whole, and it may also be called Sensing.

Intuition involves perception beyond the workings of consciousness, and it may be similar to observation or sensing in the way that it is based on the perception of absolute elementary facts, which are what provide the raw material for thinking and feeling, which then make decisions based on these facts and figures.

Intuition Differs from sensing or being observant in that it is more creative, and may often add or subtract elements from conscious sensation.

Both intuition and observation or sensation may be extraverted or introverted, depending on which world the person is more oriented to.

Extraverted intuitive people merely perceive the stimuli subliminally, instead of outright sensing as an observant would.

Because strong sensory stimuli interfere with intuition, intuitive people suppress many of their sensations and are guided by hunches and guesses contrary to sensory data, unlike the observant individual.

Introverted intuitive people are guided by unconscious perception of facts that are basically subjective and have little or no resemblance to external reality.

Their Subjective intuitive perceptions are often remarkably strong and capable of motivating decisions of monumental magnitude. Introverted intuitive people, such as mystics, prophets, surrealist artists, or religious fanatics, often appear peculiar to people of other types who have little comprehension of their motives.

Being observant, or sensing, is the function that receives physical stimuli and transmits them to perceptual consciousness and it is not identical to the physical stimulus but is simply the individual’s perception of sensory impulses.

These perceptions are not dependent on logical thinking or feeling like intuition might be, but exist as absolute, elementary facts within each person.

Similar to Extraverted intuition, there is also Extraverted sensing, in which people perceive external stimuli objectively, in much the same way that these stimuli exist in reality.

The observant’s sensations are not greatly influenced by their subjective attitudes and facility is essential in such occupations as proofreader, house painter, wine taster, or any other job demanding sensory discriminations congruent with those of most people.

People with Introverted sensing may be largely influenced by their subjective sensation of sight, sound, taste, touch, and so forth, which is only seen in observant, not in intuitive.

They are guided by their interpretation of sense stimuli rather than the stimuli themselves. Portrait artists, especially those whose paintings are extremely personalized, rely on an introverted-sensing attitude.

They give a subjective interpretation to objective phenomena yet are able to communicate meaning to others. When the subjective sensing attitude is carried to its extreme, however, it may result in hallucinations or esoteric and incomprehensible speech, whereas the intuitive sense carried to the extreme is more likely to result in delusional perception or thought disorders.

Some sensing vs intuitive examples may be seen in the way individuals perceive the stimuli around them, and where the sensing individual may see more details and components, the intuitive may see more patterns and abstract.

The Myers Briggs website gives the following examples of Sensing, in the form of statements that may apply to individuals who have this function:

On the other hand, the examples of statements one might see from an intuitive person may include the following:

Assertive vs turbulent is a distinction made by the Myers Briggs theory and it does not exist in the original psychological types theory by Jung.

The assertive individuals may also have better relationships and often they may do better in their career, due to the enhanced understanding they have of themselves.

Turbulent individuals on the other hand, may have trouble reconciling the more difficult part of themselves with each other and they may often express discontentment at who they are and what they do.

Turbulent personality types may also find that their somewhat unhealthy traits interfere more with their healthy ones, and this may often seep into how they approach the various aspects of their life.

The thinking vs feeling distinction refers to the way a person makes decisions, and while the thinking function allows the person to think things through on the basis of information, facts and figures, the feeling function may make use of beliefs, values, or emotions.

Logical intellectual activity that produces a chain of ideas is called thinking. The Thinking type can be either extraverted or introverted, depending on a person’s basic attitude.

Jung used the term feeling to describe the process of evaluating an idea or event. Perhaps A more accurate word would be valuing, a term less likely to be confused with either sensing or intuition.

For example, when people say, “This surface feels smooth,” they are using their sensing function, and when they say, “I have a feeling that this will be my lucky day,” they are intuiting, not feeling.

Judging vs prospecting seeks to explain what process of the cognition an individual usually makes use of, whether it is the process of planning and execution in Judging, or the process of gathering data and saving it for decision making later, which is prospecting.

The judging individual is more focused on the past, future and everything in between, but from the specific purpose of taking things done and execution or plans, and they may often be quite rigid in the way they want things done, because they have a clear process.

The prospecting individual (Also called perceiving), on the other hand, is someone who wants to gather information and data first, before anything else, and they care more about being in the present, rather than think too much about the future or plan things out more. 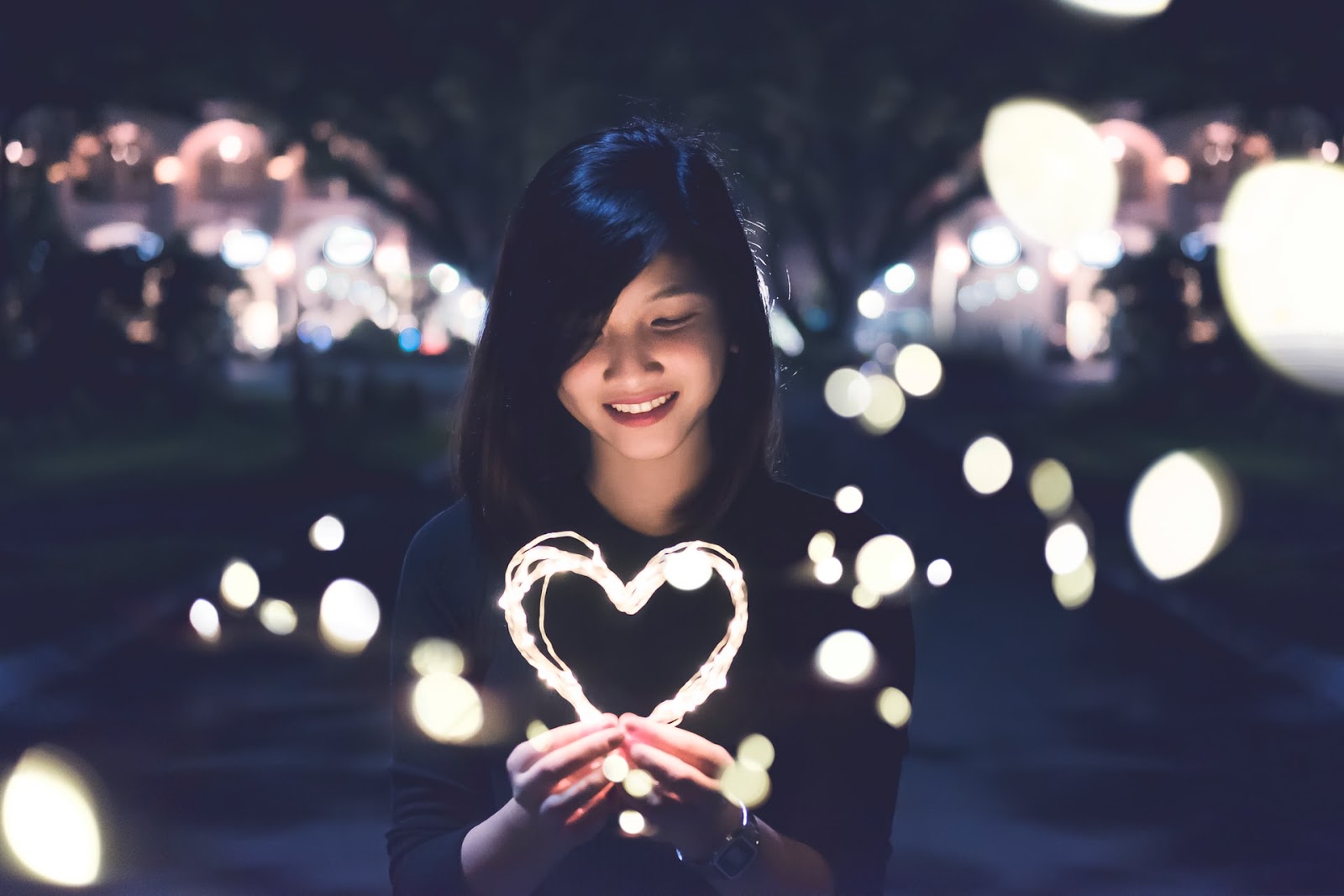 Jung’s theory of personality types has become more and more popular in recent years due to its prevalence through the 16 personalities test Myers Briggs Test, which has had some great implications in real-world situations.

The 16 personalities test, being so readily available, has made it easier for people to understand each other through just 4 letters that define them in a very extensive way, from how they think to how they act, and what they need from careers and relationships.

The distinctions between Intuitive vs observant, judging vs prospecting, thinking vs feeling, sound very basic and bare minimum, but they encompass so many details of the personality that they are used very often in the descriptions of people.

If you have any questions or comments about intuitive vs observant or about any of the other concepts in the theory of psychological types, please feel free to reach out to us.

What is an intuitive personality type?

Intuitive personality types may be the type of people who are often immersed in the possibilities of the future, and they may often process information through patterns and impressions that are understood or explored as a whole rather than as things come.

What is the most intuitive personality type?

The INFP especially may be very intuitive, and intuitive and feeling personalities are also rarer than the other types, including other intuitive personality types.

What is the difference between judging and prospecting?

The main difference between Judging and prospecting is that while Judging individuals tend to have a very strong work ethic and may often put their duties and responsibilities above everything else, the prospecting individual may be much more flexible and relaxed.

The reason for this difference between judging and prospecting is likely that judging tends to focus equally on the responsibilities and possibilities of the future, whereas the prospecting type tends to be more concerned about the present and what the best way to make it better might be.

Yes, INTJs are very observant people and they may enjoy paying close attention to the details around them. So that they don’t miss things that are happening.

The INTJ tendency to be observant may also be seen in the fact that they see nearly everything as an opportunity to learn more and they also utilize every opportunity to observe their surroundings so that they can swiftly assimilate all the information around them.

How can you tell if someone is intuitive?

Here are some ways to tell if someone is intuitive:

They are able to pick up on everyone’s emotions easily.
They have vivid or even intense dreams, and they often remember them well.
They are discerning about their environment.
Their thoughts seem to come about full-fledged out of nowhere.
They can often pick up on non-verbal messages better than others.
They have insights about others that seem almost psychic
They have some sort of chronic illness.
They may be more prone to addiction than others around them.

Why are sensors more common than Intuitives?

Sensors might be more common than intuitives due to the fact that commonly implemented educational institutions and other mechanisms of learning tend t be more heavily focused on the sensing manner of learning, which may be more precise and more based on the component based understanding of the environment, rather than a view of the whole thing.

Which MBTI type is the Debater Personality?

What is the relationship between MBTI and personality disorders?

The Most Hated MBTI Type (3 Personalities)