In this brief guide, we will discuss some classic INFP fictional characters in detail and list some great INFP Fictional Characters as well.

Here is a list of some great INFP Fictional Characters: 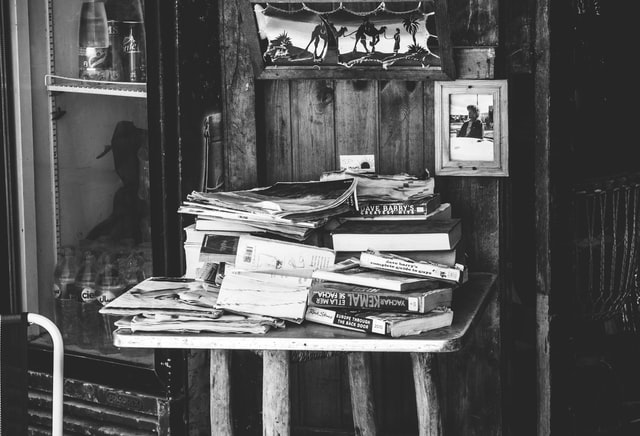 Uncle Iroh is an INFP fictional character from the anime Avatar and he shows classic traits of the mediator, being a guide and teacher to those around him, and generally showing a friendly and happy demeanor.

Iroh’s dominant introverted feeling function works this works inward and this makes him very experiential and guides Iroh through perceptions that can’t be explained, and his beliefs and actions are all based on his own experiences.

Many people consider the INFP and similar personality types to be somewhat wanderer-like in their predisposition, and this may also be seen in Iroh, who is guided most by what “feels right”, or his gut feeling.

Iroh does not have any trouble with moral decisions due to his dominant function and he can always come out on top with them unlike people with an extroverted feeling function, who may be more concerned with the feelings and values that are present in their external environment.

Iroh, and INFP personality for that matter, are not guided by laws and social obligations, but their inner value system that forms separately from such community influences.

This may be seen in the fact that Iroh’s morals are not shaped by the Fire Nation and other commonly seen ideas of morality or social acceptability, rather by his own subjective experiences.

This personality type also tends to ignore or dislike structural factors and they are humanists to a fault, which is why they are unlikely to be found in traditional jobs that do not allow the human factor at all.

The INFP personality is known for their trait of empathy and this is very clear in Iroh’s ability to focus on helping people one on one rather than trying to make big changes happen that may not necessarily reach all the people, and his approach is more individual and close-up.

Dolores Abernathy is an amazing character from the sci-fi show Westworld, and she displays some great features of the INFP function stack.

Dolores is calm, quiet, and shy, and she gets things done in a quiet and unemotional manner.

This INFP fictional character has a rather interesting arc, and she is one of the few INFP villains in fiction, but she carries it brilliantly and the introverted feeling function that characterizes the INFP is seen in her character over and over again.

To begin with, her character is driven by her, ideals and her belief system; she does not want too much, she doesn’t even want to hurt others for the sake of it, but she does want what she is owed and she will go to any length to get it.

An INFP is very idealistic and sometimes even possibly naive about how they see the world, but sometimes when their illusion breaks they may feel a sense of anger and horror, first at the fact that it wasn’t real, and then at the fact that they believed it.

Even though INFPs are generally sweet and nice, and incredibly inclined to helping others and trying to make a difference, the feeling of being jilted and realizing that their inner world does not match the outer world at all and that they may have been created by the world that appeared ideal for so long, they may act out in dark ways.

This is what happens to Dolores, she starts to “Question the nature of her reality”, as the hosts would say, and once the illusion has broken and she has realized that she is in the wrong place, she does everything she can to restore the balance, to make the outer world right for her gentle self to exist in.

The first thing Dolores ever says to the audience is the epitome of an INFP, and this is something they will always relate to unless they become homicidal maniacs like Dolores, which is quite unlikely:

Belle French from Once Upon a Time

This independent woman is an INFP fictional character because she has a rigid sense of right and wrong, and that is due to her introverted feeling function, which rules the INFP personality.

Belle french often finds it hard to fit into her social group mostly because she just doesn’t seem to be able to reconcile the beliefs of the group with her own, but this does not stop her from being the typical INFP who wants to help everyone, to be a hero.

Belle wants to help, period, whether the person is in obvious danger or someone like Rumpel, she just has to get in there and make a difference somehow.

Generally the extroverted intuition function of the INFP works in the process of information gathering in order to see patterns, possibilities, and potentials and it is what drives Belle towards books.

INFPs may often adore books and fiction in general, as they have a specific proclivity for fantasy and stories, and they may make great writers themselves because they have such spectacular imagination and creativity, just consider J. R. R. Tolkien.

Belle is also very curious, which is also due to her extroverted intuition function,. Which makes these people open to knowledge, and their perceptual processes, which control their cognition, are oriented tremendously to the present.

This is what drives Belle to differ from her family’s imposed roles on her. She wants to be a hero. She wants to do great things and see wonders. Belle is still a wanderer in this sense.

Extroverted intuition is also responsible for open-mindedness and is a huge factor behind the fact that Belle does not immediately demonize everyone.

Sadness from Inside Out

The feeling Sadness from Inside Out is seen as a morose figure who always talks in a whiny sort of voice, and while not all INFPs are like that at all, the way Sadness thinks and works and her timid but brave nature is something that INFPs might relate to.

Sadness makes judgments through the lens of her own experiences like a true INFP who thinks with their introverted feeling function.

There is something very binary about the way Sadness feels and thinks, and everything is either bad or good and solely based on the impression of feeling.

From her perspective, things that make her feel good are happy and those that don’t are bad, which is how most INFPs might think, as feelings and beliefs are a huge part of who they are.

The fact that she likes a lot of things that may be viewed as wrong because she feels they are right, is another example of how an INFP may go against the culture or structural expectations quite frequently.

Her own gut reactions acquired over time from her own experiences are far more important to her than anything society could tell her.

Kylo Ren is another great INFP fictional character in a negative role and he, like a true INFP,  judges through a narrowed subjective lens.

Because he is driven by introverted feeling functions his processes are very personal and he adjusts his worldview and decisions by what works and what doesn’t, based on his own experiences in the past, and by his manner of feeling-based trial and error, he makes most of the calls in the story.

Social normative rules and logical standards laid down by society do not matter to him in the least if they don’t fit into his own narrative and he is somewhat like a lone warrior who dances to his own tune.

He is seen constantly trying to navigate between both sides of the force and according to things that personally affect him, he changes or makes his decisions.

Kylo also tries to discover the meaning of his experiences because he has an extroverted intuition function which makes him want to constantly make connections in the world around him, so that he may gather information and process it through his own belief system,.

Kylo, like a true INFP, looks for a deeper meaning, a deeper thing to hold on to and show his skill in.

Phoebe Buffay from friends is a classic INFP fictional character, especially an almost trope-like one given her tendency to be flighty and as Monica once describes her as flaky, she also shows some traits of being somewhat scattered, which INFPs may get accused of when they are too deep into their inner world.

Phoebe believes most of all in her own inner belief system and considers everything around her to be a function of her experience rather than something that she should believe as true, as evidenced by her casual claim that she doesn’t believe in gravity and feels she is being pushed down more than being pulled down.

She takes great care of her friends and will go to any lengths for them, as seen when Rachel’s boyfriend hits on her and instead of telling Rachel straight up she intuitively takes cookies for her because she knows her friend will be upset.

She is also extremely like an empath and knows immediately when something is up that people may not notice right away, like noticing that Joey ate meat in London and Monica had sex.

Luna Lovegood, in the vein of Phoebe Buffay, is another great INFP fictional character, though she is definitely more introverted than phoebe and more sentimental in some ways.

Luna loves delving into the mystical and unlikely because she is very open-minded and her extroverted intuition needs all the knowledge it can get, and she has some deeply fantastical ideas as well.

She is also a true friend and shows immense bravery like it’s no big thing.

Luna is also greatly empathetic and intuitive and often she gives insights to Harry that may not even occur to him on his own, or even to Hermione, who is the sharpest one in the group.

In this brief guide, we discussed some classic INFP fictional characters in detail and listed some great INFP Fictional Characters as well. Please reach out to us if you have any questions or comments about the INFP personality type or any of the characters mentioned here.

What characters are INFP?

Here is a list of some great INFP characters:

INFPs can be quite popular, as they have dreamy and fantastical thinking processes and their feeling function is quite good at understanding people and themselves.

INFPs are also uncommon, making up about 4% of the population.

Is Infp the rarest personality type?

INFP is one of the rarest personality types, as they make up about 4-5 percent of the population.

What are INFPs known for?  (7 things)

What are INFPs afraid of? (9 things)

Was Shakespeare an INFP? (5 reasons)