In this brief guide, we will discuss some of the best INFJ careers, as well as some INFJ careers to avoid. We will also look at some other things related to the INFJ personality type.

INFJs need to be in careers where their softer side is appreciated and where they can use their insights to help the people around them in some way, and some of these INFJ careers are:

INFJ careers are usually full of the potential of bettering the human condition because these individuals are deeply motivated to make the world a better place, and it may often be seen in fiction that these individuals often get cast in the trope of the guide or wise person who helps the hero on their path.

INFJs tend to be very dedicated and helpful to their colleagues if they are working in an office, or on their own in careers where they don’t have colleagues they may be principled workers who can be relied on to envision, plan, and carry out complex projects for humanitarian causes.

INFJ careers often involve interactions with people even though these people are introverted because they have great insight into the mindset of humanity in general, which is evident in the fact that the proponent of this particular theory of personality, Carl Jung himself is rumored as being an INFJ.

The INFJ individual will typically have the ability to help people in some way and when they are not allowed to do so they will either not do well in their career at all, or they might struggle constantly, leading to problems like nervous breakdowns.

The INFJ needs to be in a field where they can feel an active sense of helping people, being able to talk to them or feel their emotions because these individuals tend to be highly empathetic.

The INFJ personality is also known for their lofty ideals, but they may not necessarily always bring this trait into their career, and sometimes they may find that they gain just as much satisfaction from their work when they can turn their ideas into reality, creating constructive change for other people.

A possible downside to any INFJ career may become evident when they are criticized for their work in some way or when they experience failure of some sort because these individuals can be rather touchy and sensitive which means that if they are caught in a career that is too high pressure or too harsh, or where they may have to deal with a lot of confrontation or high stakes, they may become very anxious after some time or feel very uneasy with their life in general.

INFJ careers will also not work for these people if they have a lot of engagement with systems or analyses, because the INFJ personality is not that great at analyzing things logically.

INFJs are also quite organized and prefer work that allows them to complete projects in an orderly manner, but they may not always understand new information in the same way; in fact, they may consume large amounts of information at a rapid pace and in chunks, foregoing the finer details and going for the big, bold concepts straight away.

INFJ careers also need to ensure the person’s independence because they tend to prefer a quiet environment that allows them the opportunity to fully develop their own thoughts and ideas.

INFJ careers will also be perfect when they involve a work environment that is harmonious, industrious, and oriented to a humanitarian mission, and they may be supremely at peace when they have co-workers who are similarly committed to positive change.

Any ideal INFJ career would involve the ability to exercise their creativity in an independent, organized environment and where they can share their vision of the world with like-minded people and work towards it.

It is common for most INFJ careers to gravitate towards helping professions like health care, education, or counseling and because they are quite deep thinkers by nature they may often appreciate careers that allow them to use their intellect on problems that interest them.

Based on the features discussed above, here are some of the best INFJ careers:

While there are some great INFJ careers, there are also some INFJ careers to avoid, which typically include careers that involve a lot of physical work and not enough mental exercise, or those that involve no scope for their creativity to shine through.

Perhaps most of all the INFJ might avoid careers that have nothing to do with humanity or that involve the uglier sides of humanity, and they may not feel comfortable in such fields at all.

INFJs might also find any sort of routine or repetition boring and they may also avoid careers that are simply about analysis or data that does not allow for epiphanies or understanding of deeper and more abstract concepts.

Lastly, an INFJ will likely avoid any career where they are not able to learn more every day, because these individuals are always hungry for more knowledge, which is why so many of them make such great researchers and scientists.

Some of the most ill-fitting INFJ careers to avoid might be the following:

Given below are some of the best INFJ careers that make money:

Family Practitioner: This is a field that may involve a lot of experience but it is essentially a general doctor that may look at general symptoms and prescribe medication, and the average salary is about $212k.

Clinical Psychologist: This is a professional that diagnoses, assesses and treats mental illnesses, but they may do so with psychotherapy rather than medicines, and the average salary tends to be $87k.

Musician: this is a field that may have a relatively lower chance of success but given how artistic INFJs can be, this is a good field for them, and if they can succeed, the average salary can be as much as $79k.

Physician Assistant: this person may be someone who helps in a clinic to treat patients, and while they are not actually technicians or doctors, they may be people who deal more with patients and talk to them more than the doctor, and their average salary can be as much as $120k.

Special Education Teacher: A special educator job may pay more as the person gets more experienced, but this is someone who may teach kids with intellectual disabilities or developmental problems like Autism or Attention Deficit Hyperactivity Disorder, and this job can pay about $56k on average.

Copywriter: A copywriter is someone who takes care of the content for marketing and they may work in advertising related fields, and their average salary can go upto $62k.

Curator: A curator is someone who may work for people, museums or art galleries and they find artworks and take care of them, and their salary can be up to $59k.

Chiropractor: A chiropractor is someone who fixes musculo-skeletal problems in people and helps them with their body’s alignment, and their average salary can be upto $82k.

Here are some of the most famous INFJ people in history as well as in the current world, and it is evident from this list just how thoughtful and insightful this personality type tends to be. 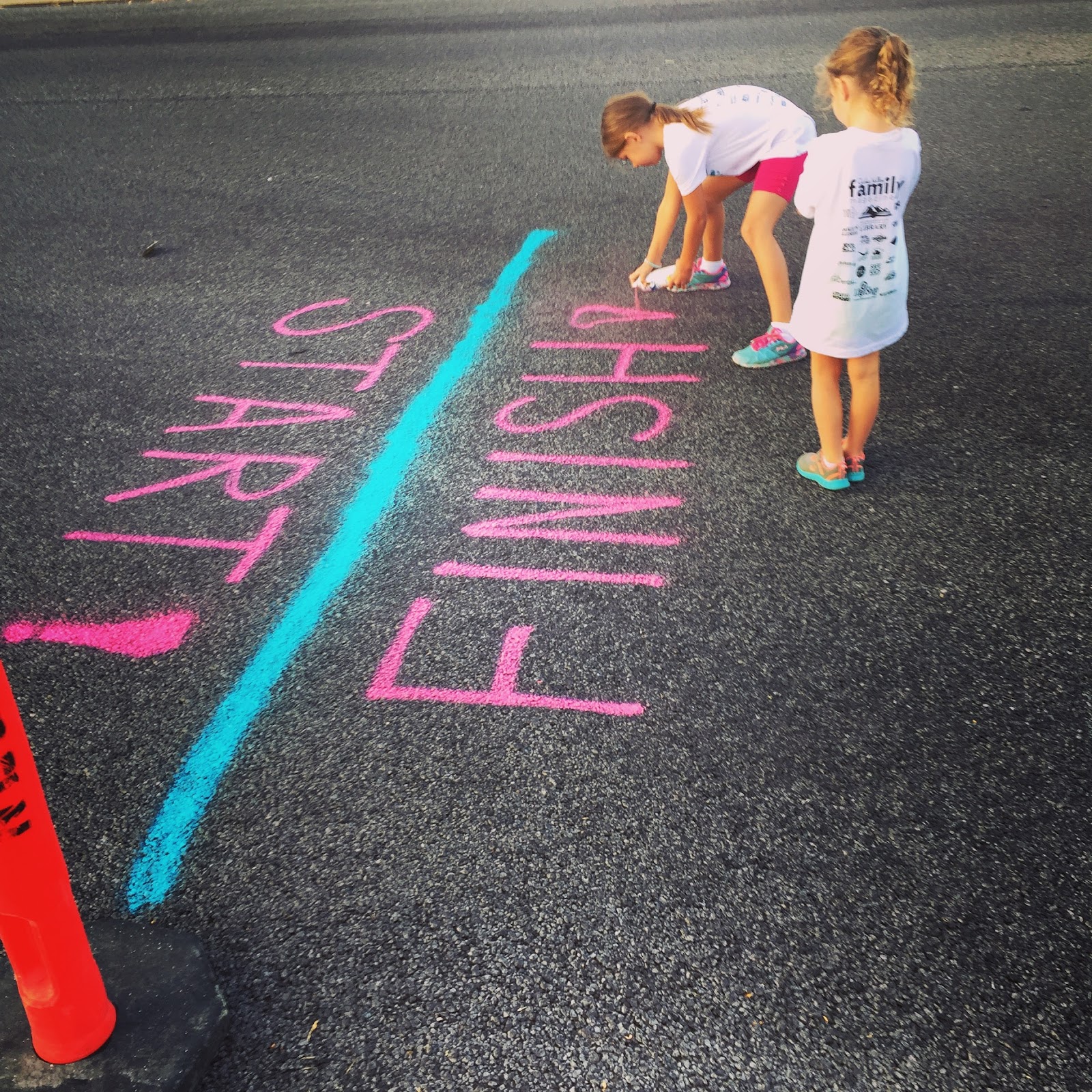 In this brief guide, we discussed some of the best INFJ careers, as well as some INFJ careers to avoid. We also looked at some other things related to the INFJ personality type.

INFJ personality is known as the advocate in the MBTI system of personality, but this should not be mistaken to mean that these individuals make the best lawyers or otherwise legal related individuals, because this moniker just refers to their ability to stand up for other people whenever there is such a need and these individuals tend to be some of the best people to depend on.

INFJ personality is also known for their unique understanding of human existence, which may often make them some of the best students of this particular topic, and it is therefore no surprise that so many psychologists and researchers in the humanities fields have been INFJs.

If you have any questions or comments related to INFJ careers or other INFJ related subjects, please feel free to reach out to us at any time.

What jobs are INFJs good at?

Some jobs that INFJ are good at might be:
Counselor.
Graphic Designer.
Scientist.
Human Resources
Psychologist.
Writer.
Librarian.
Professor.

Who Should an Infj marry?

An INFJ should marry someone like an ENFP, because these individuals may have complementary function stacks which means that they may find common ground more easily than some other couples.

An INFJ can also marry someone like an ENTP, because the primary thing to consider is the dominant function of the INFJ, which is Introverted Intuition and most reports find that it is best matched with a personality type that is dominated by Extraverted Intuition, like ENTP or ENFP.

Why is an Infj so rare?

INFJ may be so rare because they are both intuitive and feeling, both of which are traits not found very easily in the population, and this may explain why the INFJ personality in general may be so rare.

It has been seen that sensing or thinking individuals are much more common in any given population, likely because of how most education systems are built and what the society seems to need more in general, explaining why certain personality types are rarer than others.

What should an Infj major in?

INFJs should major in the humanities, social sciences, religion, critical theory, philosophy, investigative journalism, or nonfiction writing. It has been seen that Law and medicine are generally may be better suited for the thinking-judging type personalities and therefore they may not be the best fit for INFJ personality.

What is the link between INFJs and Borderline Personality Disorder?