How Long For an Increased Dose of Antidepressant to Work?

It may take up to 6 weeks for an increased dose of antidepressants to work, and some studies also show that when antidepressants are not working in about 6 weeks, it may mean that either the combination isn’t right or the dose isn’t, and either way, your doctor may decide to switch it up.

Some time after antidepressant dose has been increased, you may experience some side effects as well, which may depend on what antidepressant you are taking, of course, but usually they may be something like the following:

However, some of these are also the side effects of depression itself, so in some cases it may be hard to tell, so you should discuss it with your doctor either way. 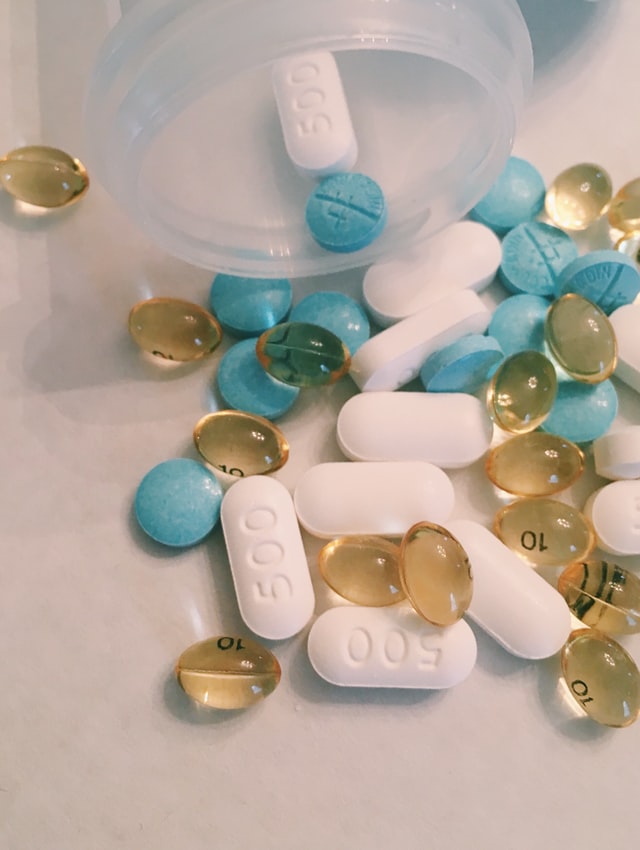 How long does it take Prozac to work?

It may take about 4-6 weeks for prozac to work, which is pretty much a standard for most antidepressants in the serotonin selective reuptake inhibitors class.

Prozac is an antidepressant that may also be used in Obsessive Compulsive disorder and Bulimia Nervosa.

The generic name of Prozac is fluoxetine and some of its common side effects may include the following:

Most side effects are usually mild, however, and they may go away eventually on their own.

However, if they persist, you should talk to your doctor about why that might be and ask them if there is something that needs to be changed.

Like all other antidepressants, if one needs to be taken off Prozac, the doctor will want to do it gradually and the dose will be reduced slightly and little by little so as not to cause any adverse reactions.

Common Drug Interactions of Prozac include the following:

How long does it take an increased dose of Zoloft to work?

An increased dose of Zoloft may take anywhere from 2 weeks to 6 weeks to work, as most antidepressants are supposed to start working in the same time frame.

If you have recently had your Zoloft dose increased, you should know that your somatic symptoms of depression will usually be the first to reduce or go away, and the psychological symptoms like low mood or lack of motivation may follow in a couple of weeks after the physical.

Before you start taking Zoloft, or have the dose of zoloft increased, you need to tell the doctor if any of the following conditions apply to you:

Some common side effects of Zoloft include:

While these side effects are alright and will usually go away on their own, you need to contact your doctor if you have any of the following:

Antidepressants are a class of drugs that are used in the treatment of depression, primarily, and they may also be used in other conditions where there is a need to stabilize or uplift the mood and correct somatic symptoms related to sleep or appetite.

The common types of antidepressants used are:

These drugs selectively inhibit the reuptake of serotonin into presynaptic neurons and their examples include fluoxetine, fluvoxamine, paroxetine, and sertraline.

Their Antidepressant effect is comparable to that of the tricyclic antidepressant drugs, and because they lack anticholinergic side effects they are safer for patients with prostatism for glaucoma, and when taken in overdose.

SSRIs are not sedating but they may sometimes induce suicidal thoughts or behaviors in some patients, particularly younger people.

SSRIs should be avoided in children and adolescents, and it is important to monitor all patients who start antidepressant drugs of any kind for the emergence of suicidal thoughts. This drug is specifically administered in cases of crippling depression (major depressive disorder).

Monoamine oxidase inhibitors (MAOIs) are seldom used as first-line antidepressant treatment because of their side effects and hazardous interactions with other drugs and foodstuffs, and they may usually be started by a specialist.

Monoamine oxidase inhibitors inactivate enzymes that metabolize noradrenaline and 5-HT, and this action probably accounts for their therapeutic effects.

They also interfere with the metabolism of tyramine, and certain other pressor amines taken medicinally.

MAOIs also interfere with the metabolism in the liver of barbiturates, tricyclic antidepressants, phenytoin, and antiparkinsonian drugs, and when the drug is stopped, these inhibitory effects on enzymes disappear slowly, usually over about 2 weeks, so that the potential for food and drug interactions outlasts the taking of the MAOI.

MAOIs with more rapidly reversible actions have been produced, and reversible MAOIs are less likely to give rise to serious interactions with foodstuffs and drugs.

The various MAOIs differ little in their therapeutic effects.

These drugs are named Tricyclic because their chemical structure has three benzene rings.

These medications are also not prescribed often because of their many adverse side effects and particular toxic effects on the cardiovascular system.

Because of these effects, tricyclics are being replaced for most purposes by SSRIs. However, they are still important because they are of proven effectiveness in severely depressed patients.

Adverse effects of Tricyclic Antidepressants include:

Additionally, the interactions of Tricyclic Antidepressants are also numerous, and these drugs should not be prescribed when the patient is also suffering from agranulocytosis, severe liver damage, glaucoma, and prostatic hypertrophy.

The Drugs should be used cautiously in epileptic patients because they can increase the risk for seizures a lot more, and in the elderly because they can cause hypotension, and after myocardial infarction because of their effects on the heart.

Antidepressants, most commonly SSRI’s like Prozac or Zoloft, are usually the first line of defense in treating depression, and these pharmacological therapies often precede any psychotherapeutic measures as well.

However, antidepressants are known for their adverse effects and everyone’s experiences are also different, which means that a lot of times what works for one person may not work for the other.

In such cases, the dose of antidepressants may often be changed depending on the effect they are or are not having on the individual. Additionally, minor dietary changes such as the addition of foods rich in nutrients that trigger the release of mood uplifting hormones (such as cashews) can also help fight depressive symptoms in a positive way.

If you have any questions like “how long for an increased dose of antidepressants to work?”, please feel free to reach out to us at any time.

Frequently Asked Questions (FAQs): How Long For an Increased Dose of Antidepressant to Work

How does sertraline work?

Sertraline is a type of antidepressant that is known as selective serotonin reuptake inhibitors, or SSRIs, and therefore it works by increasing the levels of a mood-enhancing chemical called serotonin in the brain.

Is sertraline better than other antidepressants?

Sertraline is not any better or any worse than other antidepressants, they have their own unique benefits and bad effects, which also depend on the person taking them.

Usually, the rule of thumb is that is someone is not feeling better after 6 weeks, they may need to talk to their doctor and see about getting either the dose or the medication changed.

How do you know if your antidepressant isn’t working?

To know if your antidepressant isn’t working, you may check for the following things:

Have you skipped a dose?
Have you experienced no relief from depression symptoms after about 6 weeks?
You feel a sudden surge of energy but the low mood is still there
Are you experiencing unpleasant side effects?
Do you feel that the antidepressant doesn’t help as much as it used to
Has your depression gotten deeper?

Do Antidepressants change your personality?

Some people may experience some apathy or loss of emotions but even that is only limited to a certain type of antidepressants and even in these cases, if something like that happens, the dose can be lowered, which can help with the symptoms almost right away.