In this brief guide, we will look at a list of some of the most prolific ESTP famous people and also look at some typical ESTP personality traits as well as ESTP career options, along with major quotes from ESTP famous personalities.

Here is a list of some great ESTP famous people: 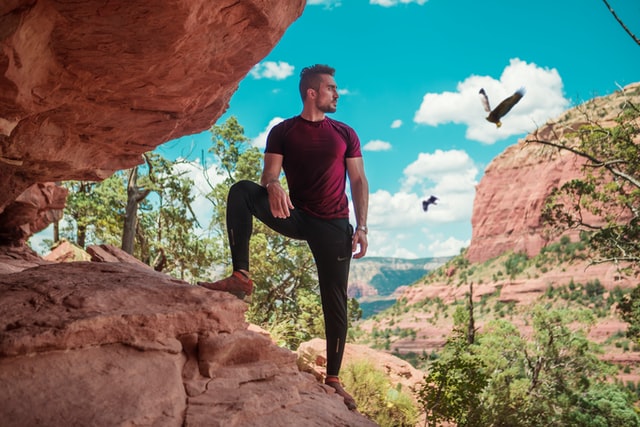 ESTP stands for extroverted, sensing, thinking, and perceiving, and these people are also known as the entrepreneurs, given their very charming and people-oriented nature and tendency to want attention and praise from external sources all the time.

The ESTP personality, even though they are extroverted, can sometimes seem enigmatic to those who are not very familiar with them and it may look like the average ESTP is full of secrets and that they are hiding a whole different person under those charming smiles and fun words.

The main thing to know about the ESTP personality is that like Donald Trump, a famous ESTP, put it recently, they like to learn from real experiences rather than the books type school, and they like to take the necessary action and actually dealing with a situation personally, and unless they interact with their environment they may not have much appreciation for it at all.

This tendency to learn from experience is why a lot of them may find that regular classes or study or academic schedules of most institutions feel stifling to them and they most likely learned through experience and direct interaction.

Due to these three functions, the ESTPs can be very good with people, which is also likely why they find so much success in business or in creating the image of themselves they want to create.

The ESTPs are great salespeople and they are capable of convincing others very well, and this is also why they have earned the title of entrepreneurs, given that they can sell anything to anyone, really.

ESTPs are also known to be very charming and they can reach out to anyone and have the tendency to be very social indeed, and their ability for executing things in the right manner with other people is something that earns them many rewards.

The ESTP is likely the most extroverted of all the MBTI personality types and they have an innate need to connect with people around them and work with them, with the possible exception of the ESFP personality, but while the ESFP wants to interact with people so they may help them and can get somewhat needy about it, the ESTP needs to interact so they may feel good and the unhealthy type may get somewhat narcissistic or manipulative.

The ESTP communicates in an engaging and friendly style that helps them along with their ventures and makes them a “Mr. Nice Guy” sort of person that feels like they are so easy to get along with; someone that at the same time feels like an average joe but also feels so charismatic that you can’t help but believe that they are capable of great things.

The ESTP also has the ability to pick up on the most minimal nonverbal cues, which helps them understand the people around them better, and allows them in practices such as negotiating, selling, making deals, arbitrating,  trying to achieve the impossible, which are all traits that someone in the entrepreneurial field or just someone trying to sell their image, must have.

The ESTP may also live in the moment and not want to do much planning for the future, and at the same time, they may also not have a lot of regrets about the past.

The perceiving tendency of these individuals is visible in this manner when they focus on the task at hand and the function of gathering information rather than passing judgments or making decisions about the information they are given.

ESTP careers need to involve some level of interaction with the outside world and people around them otherwise these individuals are not going to be motivated at all.

The ESTP people are quite charismatic and charming and therefore they have great ability when it comes to selling, and some of these people are so good they can sell ice to an Eskimo, which means they are well suited to fields where there is some function of sales involved.

ESTPs also make decent leaders but they may not do too well at the very top as they have a tendency to not make tough decisions that they know a lot of people won’t like and at the same time they can sometimes be too impulsive and reckless and as a result, they can lead to some problematic situations.

The ESTP would make a good manager for a team with which they can interact on a more personal level rather than try to be a CEO or main leader who is not able to be around a lot of people whose energy they can feed off.

Some great careers for the ESTP may be:

Below are some details and quotes of the most influential and great ESTP famous people.

“I don’t make deals for the money. I have more than enough. I do it to do it.”

“I try to learn from the past, but I plan for the future by focusing exclusively on the present. That’s where the fun is.”

“What separates the winners from the losers is how a person reacts to each new twist of fate.”

“In the end, you’re measured not by how much you undertake but by what you finally accomplish.”

“When somebody challenges you, fight back. Be brutal, be tough.”

“Experience taught me a few things. One is to listen to your gut, no matter how good something sounds on paper. The second is that you’re generally better off sticking with what you know. And the third is that sometimes your best investments are the ones you don’t make.”

“You have enemies? Good. That means you’ve stood up for something, sometime in your life.”

“Courage is rightly esteemed the first of human qualities.”

“The youths at the universities … could pose you entrapping questions or give baffling answers. We never set much store by them or their affected superiority, remembering that they were only at their books, while we were commanding men.”

“[When a voter said that he would rather vote for the Devil than for Churchill:]

Churchill: “I understand. But in case your friend is not running, may I count on your support?”

“The whole history of the world is summed up in the fact that, when nations are strong, they are not always just, and when they wish to be just, they are no longer strong.”

“It is no use saying ‘we are doing our best.’ You have got to succeed in doing what is necessary.”

“It has been said that Democracy is the worst form of government except all those other forms that have been tried from time to time.”

“When I am abroad, I always make it a rule never to criticize or attack the government of my own country. I make up for the lost time when I come home.”

“I have nothing to offer but blood, toil, tears, and sweat.”

“Dictators ride to and fro on tigers from which they dare not dismount. And the tigers are getting hungry.”

“Employ your time in improving yourself by other men’s writings so that you shall come easily by what others have labored hard for.”

“To rush blindly along the paths proclaimed as highways to Utopia … would not be progression – it would be only demoralization and the only result would be such suffering and unhappiness to our country as we have witnessed in some of those countries abroad which have tried purely theoretical schemes of Government before they tested their soundness or practicability in small ways.”

“The President of the United States must have a mind not single-tracked, but like a great railroad yard. … Each and every day in the White House he is confronting tasks with ten wholly [unrelated] problems, presented by ten uncoordinated government departments. [He must be] successful in jumping … from problem to problem [while] keeping his equilibrium.”

“It seems to me that one of the functions of the president is to try and have [things] move with more speed.”

“A president can’t administer a department. But at least he can be a stimulant.”

“Well, I think all candidates are optimistic like prizefighters are. I feel there is a good chance.”

Said about being President of the United States: “It’s much easier to make the speeches than it is to make the judgments.”

“Physical fitness goes with mental fitness. It goes with energy – and I am concerned [about the] steady decline in the standards of American fitness.”

“Our children [should be] concerned with being energetic [so] that they use their young years not merely as spectators but as participants in life.”

“I laugh at myself. I don’t take myself completely seriously. I think that’s another quality that people have to hold on to… you have to laugh, especially at yourself.”

“I think the ultimate challenge is to have some kind of style and grace, even though you haven’t got money, or standing in society, or formal education. I had a very middle, lower-middle-class sort of upbringing, but I identify with people who’ve had, at some point in their lives to struggle to survive. It adds another color to your character.”

“I wouldn’t have turned out the way I was if I didn’t have all those old-fashioned values to rebel against.”

“I’m not interested in being Wonder Woman in the delivery room. Give me drugs.”

How rare is Estp?

ESTP is quite rare, as they make up about 4% of the general population.
ESTP stands for extroverted, sensing, thinking, and perceiving personality traits and this personality type is a part of the Myers Briggs system of personality typing.

What percent of people are Estp?

About 4.3 percent of people are ESTP.

ESTPs can be good leaders but they may struggle with discipline and rules as those are things they may have a problem sticking to themselves.
Other than those two things, however, ESTPs can be laidback and casual sort of leaders and most people under them will like to work for them as they can be quite charming and charismatic.
ESTPs are also quite adaptable and fun-loving leaders.

Who are Estp attracted to?

ESTPs may be attracted to people who show confidence and have a bit of a mystery to them, and they are also likely to be attracted to more introverted individuals as they have a tendency to want to shine and maybe unlikely to find someone who shines more than they do attractive.

ESTP vs ESFP (A Comparative Analysis)