In this brief guide, we will look at some of the best ENFP fictional characters and analyze their ENFP traits. 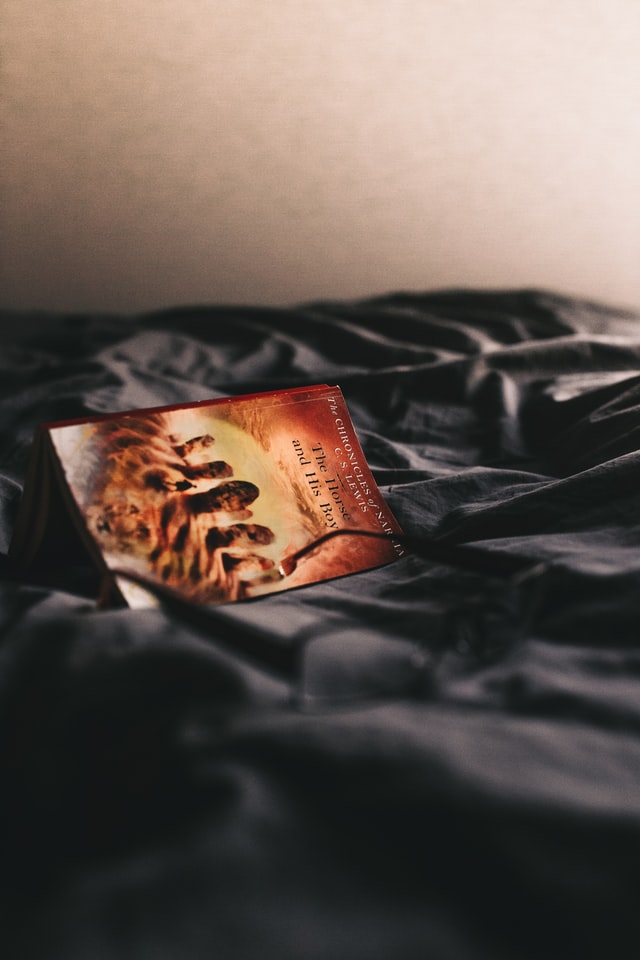 Here are some details of some of the most convincing ENFP fictional characters from tv, movies, and books.

Jo is a trailblazing ENFP Fictional character that has captured the attention of readers from the time she was conceived by author Louisa May Alcott, and her role in Little Women, in movies and tv, has been one that has inspired women everywhere.

Jo is an ambitious, charming, and interesting young lady, who is also a writer and one of 4 sisters in around 1868, and though she belongs to a time where women were meant to be soft-spoken and had typical and traditional gender roles, she is not like that at all and makes it amply clear again and again.

Jo is a writer, which is something the creative and interesting ENFP may often be interested in, and instead of being too concerned with making big decisions or being too judgmental, Jo tends to be someone who prefers to take in information rather than process what she has taken in so far.

Jo’s ENFP traits may also be seen in her relationship with Laurie, where she is frequently emotional and asserts herself often, not tolerating anything that she doesn’t think is right just because she loves him so much.

Ariel from The Little Mermaid

Ariel is another amazing ENFP fictional character from the Disney movie The Little Mermaid, which is based on the story by Hans Christian Anderson.

Ariel is best known for her fiery red hair and equally fiery temperament; she often displays ENFP traits like enthusiasm, a tendency to want to help people constantly, and the ability to make friends easily, and curiosity that does not take into consideration the possible dangers of the situation.

Ariel gathers information through intuition and through random experiences throughout her journeys, which is something the ENFPs do frequently due to their perceiving processes and the dominant function of Intuition.

These individuals are usually very focused on being a free spirit, which is extremely evident in Ariel given the choices she makes throughout her life and throughout her story, and even her general demeanor and fascination with a kind that is different from her own is all about the typical ENFP need to know and discover.

Introverted feeling is a secondary function in ENFPs, which means that usually in fictional characters it may not be seen as much or at least it may not be as evident, but according to a lot of authors and people who understand type personality theories, if a fictional character has well-defined secondary and tertiary functions in their function stack, they tend to be a lot of more relatable and understandable.

Judy Hopps has a keen sense of right and wrong and this shows first in her choice of career, and then in all the other choices that she makes which do not necessarily go with her own career but they are morally and ethically right, which speaks to her moral compass very well.

Aang From Avatar: The Last Airbender

Aang from the anime Avatar is another fantastic ENFP fictional character, and he shows some fantastic traits that may be seen in a lot of ENFPs in the real-world as well.

Due to the perceiving processes in the ENFP personality, they tend to be very invested in exploring their new situations well and figuring out what to do later, after they have thoroughly explored the situation.

This trait may be seen in Aang in the form of his curiosity and excitement to interact with where he is at the moment and create change accordingly.

He is also very good at helping people and it is something that defines his arc rather well, ad he is able to often resolve the conflict by persuading any groups that their conflict is pointless.

An ENFP tends to get things done on the basis of their charisma and persuasiveness, and they may usually harness these powers for good.

Aang due to his extroverted intuition, always sees the potentials in situations and this almost often seems to work in his favor, which may be a little bit because he is the protagonist and in some ways that are actually how things tend to go for ENFPs most of the time.

Aang is also seen as having an innate childlike curiosity that so many people will find relatable if they are ENFPs themselves or have someone close to them that is an ENFP.

Ron Weasley is a naive and sweet boy from the books and movies Harry Potter, and he is a great example of an ENFP fictional character who has been sketched out beautifully, from his strengths to his weaknesses.

When we first meet Ron he is a somewhat shabby boy who seems like he might be rather shy and soft-spoken, but soon after, when he starts talking to Harry talks between mouthfuls of candy and sweets, it becomes clear that is a classic extrovert ruled by the process of perception and curiosity.

His character seems a great deal of maturity over the course of the story which is natural, as he grows up, and the more he grows up it becomes evident how loyal he is and how far he would go to help not just the ones he loves, but everyone else that needs it.

Ron is not the star of the show, and he feels insecure about it constantly, having been one of the youngest in his family first and then a side-kick to his best friend, and this makes clear the fact that he has the typical ENFP tendencies to capture attention and feeling envy if they don’t.

An ENFP will usually be someone that sees the big picture and does not want to do any work they deem boring, and instead of going about things step by step and methodically, like Hermione, or based on feeling but in a quiet way like Harry, he is big and boisterous, and he likes to get things done in the same way.

Shameless is a tv show that has two versions, the US and UK, and Frank Gallagher is similar in both, playing the patriarch of a family that is constantly falling apart while he drinks himself into oblivion.

Frank Gallagher is an ENFP fictional character that displays a lot of the darker ENFP personality treats, things that would happen if they were in a bad mental state.

The unhealthy ENFP shares the same dominant and inferior functions as an ENTPand therefore sometimes they may seem similar, but one needs to look at the personality overall and try to figure out what it might look like if the obviously unhealthy traits were not present.

Like in Frank, what would he be like if he weren’t drinking constantly, not abandoning the responsibility of his children, and basically manipulating the entire world around him to serve his own needs?

Frank’s expression of introverted feeling is seen in the way he views things by tastes, by feelings, and he will rarely do things that are logical, but what is good or bad for him.

This selfishness is characteristic of an unhealthy ENFP, as the ENTP will be thoroughly logical and they may do things that are good or bad for them, but their thought process behind it will b very different.

The Master from Doctor Who

Another fantastic example of an antagonistic ENFP fictional character is the Master (and Missy, later)

The Master is driven by his need to receive the doctor’s friendship and his love, and the reason he is always trying to destroy things and capture or hurt the Doctor is that his secondary function, introverted feeling, tells him that he is not worthy of it and will likely never get it because the Doctor has an intense sense of right and wrong and would never be friends with who the Master has become.

The Master’s impulsiveness, despite his careful planning, always makes itself known when he is getting what he most desires: the Doctor’s attention and his emotions always get the better of him and he acts out in abnormal ways that surprise even those who have been with him at every step of his planning and strategizing.

Associates of the Master seem to think that he is someone who has planned meticulously and will bring about the downfall of the Doctor, but what they don’t understand is that his true feelings about the Doctor come from a place of neediness and insecurity.

As the Master matures and changes forms, it becomes more and more evident that his true feelings might be reconciling with his abnormal need to achieve dominance over the object he desires, and this is evident in all that time when Missy tries to help the Doctor and even lets her impulsiveness take over and foil her carefully laid plans.

She is also jealous of Clara because of the attention she has received from the object of Missy’s desire and almost kills her by sticking her inside the Dalek, which is an example of the kind of emotional outburst one might see in an unhealthy ENFP.

The megalomaniac tendencies of the Master eventually take over, however, and his wisdom and introspection get lost in his next regeneration, and he becomes more unhinged than his previously emotional or impulsive style, leaving all the caution to the wind and letting intuition alone take over the stoke the fires of his insecurity.

Rapunzel is another great character from the movie Tangled, and she shows some great traits of the typical ENFP fictional character.

Rapunzel acts according to her emotions rather than planning things out, even when things are as important as running away from home, and her tendency to be impulsive and think about things later is evident in her struggle when she leaves the castle “I’m a terrible person!” “I have never been this happy!”.

Rapunzel also tends to work on the basis of her current reality than what she wants it to be, and she tries to make the best of the opportunities that have been provided to her, which is a hallmark of the perceiving function of the ENFP personality.

Nymphadora Tonks is an ENFP fictional character from the books and movies Harry Potter, and while her character is introduced around the 6th book, she makes an amazing impression in the short while she spends with the readers.

She is an amazingly colorful and interesting person, who is assertive and bold (“Don’t call me Nymphadora!”) and she always wants to help out anyone in need.

Nymphadora is also fearless and curious, and she always wants to find the creative solution to things, taking things as they come in the typical perceiving fashion, and not caring about the bigger picture or the details.

In this brief guide, we looked at some of the best ENFP fictional characters and analyze their ENFP traits. Please feel free to reach out to us with any questions or comments you may have.

What characters are Enfp?

Here is a list of characters that are ENFP:

Are Enfps good in bed?

Yes, ENFPs can be good in bed as they have natural energy and curiosity which may translate into enthusiasm about people they are intimate with, which can make for a good sexual partner.

Can ENFP be manipulative?

ENFP can be quite manipulative, due to their intuition function, which makes them quite good at playing into the emotions of other people.

An unhealthy ENFP might be somewhat manipulative by being emotional or manipulate guilt in others to get what they want.