What is a Cerebral Narcissist?

A cerebral narcissist is someone that bases their entire narcissistic tendency and their self-image or self-love in their mind or in their intellectual pursuits.

Cerebral Narcissism versus Somatic Narcissism was first described by writer Sam Vaknin, and he makes a distinction between two main types of narcissists, ones who are all about the intellectual prowess and use that as the supply for their narcissism, and the others who use the hedonistic attitudes related to their bodies in order to satiate their need for pleasure and self-love, which are the somatic narcissists.

This can be done in two ways, one may be extremely hedonistic and stem from a tendency to want to pay undue attention to bodily processes and an innate tendency to attach all of one’s self-worth and self-love with their bodies, and this may involve grandiosity and impulsive behavior directed towards physical pursuits.

On the other hand, there may be a need for power that comes from being an authority figure or by rising above the people that the narcissist deems unworthy in some way, or just needing to establish dominance; this supply of power is based strongly on the narcissist’s need to be seen as superior and significant in some way.

Cerebral narcissists are also very likely to be attracted to leadership roles and may often want to be powerful in society in some way, and they may lash out against those around them when this need is not fulfilled.

These individuals are also more likely than the somatic narcissists to be flippant and almost cruel towards other people because they have more far-reaching goals and aspirations that they need to be fulfilled at all times. 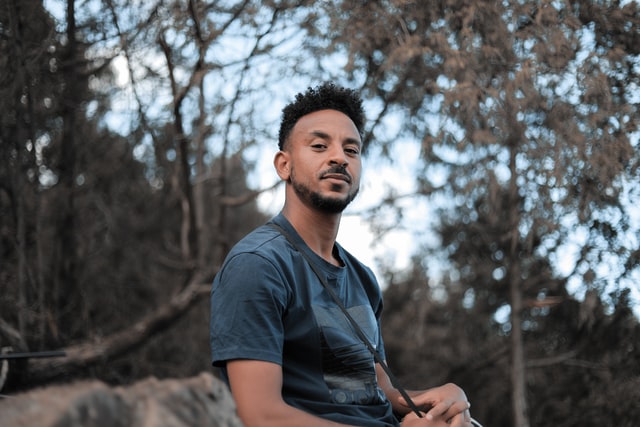 The distinction between a cerebral narcissist vs somatic narcissist is made on the basis of the supply of power they seek, and this concept is best described by the writer who first described these two types of narcissism, Sam Vaknin.

Sam Vaknin describes the three components of the supply of power:

According to his book, Malignant Self-Love, Sam Vaknin described narcissistic supply in the following way:

“There are two categories of Narcissistic Supply and their Sources (NSS):

The Primary Narcissistic Supply is attention, in both its public forms (fame, notoriety, infamy, celebrity) and its private, interpersonal, forms (adoration, adulation, applause, fear, repulsion). It is important to understand that attention of any kind – positive or negative – constitutes Primary Narcissistic Supply. Infamy is as sought after as fame, being notorious is as good as being renowned.”

“Sources of Secondary Narcissistic Supply are all those who provide the narcissist with narcissistic supply on a regular basis: spouse, friends, colleague, business partners, teachers, neighbors, and so on.”

“Both these primary and secondary Narcissistic Supply and their triggers and sources are incorporated in a Narcissistic Pathological Space.”

Based on these, he describes the cerebral narcissist as someone who seeks their supply from intellectual things, from knowing that they can end up in high positions and wanting to do just that instead of doing what they may actually have the skill for.

The somatic narcissist, however, seeks to fulfill all their needs from the physical environment around them and the things that are tangible and real and would make them feel joy and pleasure, and they may not care as much about recognition or power.

The somatic narcissist maybe someone who talks excessively about their sexual conquests, they may flaunt their possessions or show off their body in provocative or proud ways, putting far too much importance on their physical aesthetics or sexual prowess or exploits.

A somatic narcissist is also someone who may be preoccupied with their body to a huge extent, and they may often be health freaks and hypochondriacs.

The cerebral narcissist tends to be more of a know-it-all, they may be haughty and like to appear intelligent, and they may also like to exhibit that they have knowledge that may not actually exist, bringing to life the ideology of “fake it till you make it”.

The idea behind the cerebral narcissist’s personality is to seek adoration, adulation, and admiration with their pretend intellect that in reality may be just about average, but because they can be manipulative and influence things around them they might truly start to believe that they are smarter.

The Cerebral narcissist may often believe that because they are able to fool others it makes them smarter somehow, or if they are able to reach a position of power it somehow takes away the void in their self-esteem that they may have repressed long ago.

Covert narcissism in general refers to the type which may not make too much noise about their talents and skills but they may be secretly manipulative and extremely sensitive to any real or perceived slights against their self-image, and the covert cerebral narcissist is not much different.

A covert cerebral narcissist may spend a lot of time just trying to establish their dominance or trying to achieve what they think should be afforded to them.

This narcissistic subtype may also have illusions about their own intellect that may make them extremely sensitive to any criticism, even if it is meant in a constructive manner, and while they may not show it, they may hold grudges against people who criticize them for a long time.

Here are some basic signs you can look for in a covert cerebral narcissist:

A cerebral narcissist thinks that they are the smartest and most talented person in the room, and as a result, they can be somewhat cunning and twisted in their interpersonal relationships as well.

A cerebral narcissist husband, or partner, may frequently put their spouse down, they may constantly try to establish their superiority and they may be very abrasive towards the children as well.

Having a cerebral narcissistic husband, especially a high functioning one, can be incredibly challenging for various reasons, which may be apparent in this person’s account of her relationship:

“My husband of 40 years died last year. I just recently discovered by all that I read that he was a cerebral narcissist. He was also an alcoholic and passive-aggressive. We dated for 1 year with all the great stuff. Got married and 9 months later I got pregnant. Sex was fine until 1-2 months before she was born. After her birth, he turned on a dime. No more sex–started fights every night and then he just got meaner and then verbally and physically abusive. I did all the right things by leaving at times and calling the police and even had a court order of protection 1 time.”

“My question is he never came back intimately except 1 time to get pregnant with my 2nd daughter. I know he was into adult content and nothing came up as far as him having any affairs. How is this possible? He never discarded me or threatened to leave. Just told me once if I left him he would prove that I was an incompetent mother. Scare tactic. He just devalued me. He was a surgeon and a highly functioning narc and alcoholic. Excelled in his profession. Why did he not want to leave ?? How can somebody live like this ?? No intimacy—lived to work–major supply. I stayed because of my faith—and I knew he could be very vindictive. After reading all the other posts about being discarded I wonder why he never threatened to leave. Seemed content just to be married may be for appearance sake.”

Narcissism is a fascinating subject and research related to this personality issue is still ongoing, all the time, but while there are many different categories and subcategories of narcissism like cerebral and somatic or covert and overt, one needs to remember that not all of these are actually proven to be prevalent or evidenced by the scientific method of research.

It can be very hard to be in a relationship with a narcissist, whether that is a cerebral narcissist or a somatic narcissist, or any other kind because these individuals have some major problems in their personality.

If you’ve enjoyed the ”Cerebral Narcissist” mentioned above, I would recommend you to take a look at ”Can a Psychopath Cry?” too.

What is a covert cerebral narcissist?

A covert cerebral narcissist is someone that craves admiration and power but does not like to be obvious or grandiose about it.

What turns a narcissist on sexually?

A narcissist will be turned on sexually by anything that feeds into their own self-image in some way or brings them the sort of pleasure they seek.

A narcissist may often see the partner as an extension of themselves and as a result, the sex may be great with them because they are rather adventurous, but at the same time they may have trouble relating to the person on a deep level.

How does a narcissist mess with your head?

A narcissist may mess with your head by flipping their behavior around all the time, and they may often play the role of a victim when they are to blame, but at the same time, they may become belligerent and blame you for no apparent reason for things that are not your fault.