In this brief guide, we will look at some great Bipolar quotes to help you cope with Bipolar disorder and not feel so alone. We will also look at signs and symptoms of Bipolar Disorder.

Here are some of the most inspiring Bipolar quotes to help you get through this illness:

“I hate when I tell someone I have bipolar and see a look of fear in their eyes.”

“My recovery from manic depression has been an evolution, not a sudden miracle”

“Bipolar disorder it’s a challenge, but it can set you up to be able to do almost anything else in your life.”

“I’m not bipolar, I’ve just had a bipolar life foisted upon me.”

“Bipolar is like being in a roller coaster ride. Sometimes you can predict drop-offs and others you just have to hang on because the next turn sends you into an unexpected spiral. Sometimes you are laughing and throwing your hands in the air and then other times you are clinging, simply holding on for dear life screaming at the top your lungs.”

“Having bipolar disorder does not mean you are broken, it means you are strong and brave for battling your mind every single day.”

“Even when I’m in a really great, steady and stable place…I’m clinically bipolar so that always exists — a darkness always exists.”

“I compare myself with my former self, not with others. Not only that, but I also tend to compare my current self with the best I have been, which is when I have been mildly manic. When I am my present ‘normal’ self, I am far removed from when I have been my liveliest, most productive, most intense, most outgoing and effervescent. In short, for myself, I am a hard act to follow.”

“Time will pass; these moods will pass; and I will eventually, be myself again.”

“Sometimes even to live is an act of courage.”

“It may seem like I didn’t do much of anything today, but what I have going in mentally has me physically exhausted.”

“Some days I can conquer the world, other days it takes me three hours to convince myself to bathe.”

“Bipolar is an illness, not a hopeless destination.”

“I can be happy, I can laugh, I can smile and I can feel good about the world and about life and be optimistic about things without being manic or hypomanic.”

“Which of my feelings are real? Which of the me’s is me? The wild, impulsive, chaotic, energetic, and crazy one?  The shy, withdrawn, desperate, suicidal, doomed, and tired one? Probably a bit of both, hopefully, much that is neither.”

“Bipolar robs you of that which is you. It can take from you the very core of your being and replace it with something that is completely opposite of who and what you truly are.”

“We’re not crazy or insane. We are just people living with a condition.”

“I just have this happy personality and a sad soul in one body. It feels weird sometimes.”

“Some days, I feel everything at once. Other days, I feel nothing at all. I don’t know what’s worse, drowning beneath the waves, or dying from the thirst.”

“I need them to be aware and present with me in the midst of the storm, not just tell me what to do.”

“Though I am often in the depths of misery, there is still calmness, pure harmony and music inside me.”

“My demons though quiet are never quite silenced. Calm as they may be, they wait patiently for a reason to wake, take an overdue breath and crawl back to my ear.”

“Those moments when you just want to fall asleep because you’d rather not deal with the intensity of the depressive mood swing.”

“Never knowing whether an episode will last for half an hour or half a month.” 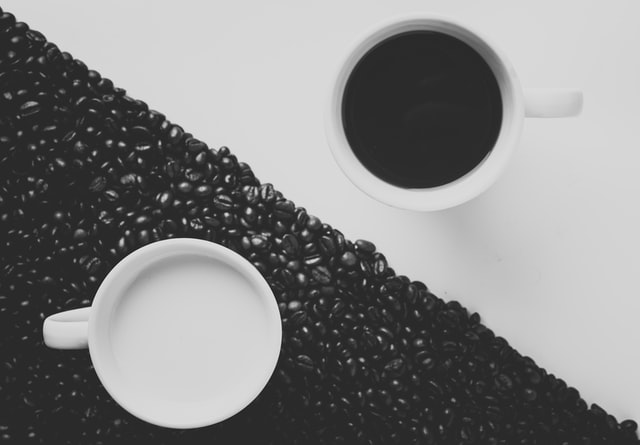 Bipolar disorder is a mental illness that is characterized by phases of extremely high energy and high mood states like irritability or pleasure, that may alternate with periods of extremely low mood and lack of energy.

Bipolar disorder used to be known as Manic Depressive Psychosis and it was considered to be a difficult illness to treat, but it is not so anymore and Bipolar disorder treatment is fairly easy.

The symptoms are the following, according to the ICD 10:

“Hypomania is a lesser degree of mania, in which abnormalities of mood and behavior are too persistent and marked to be included under cyclothymia (F34.0) but are not accompanied by hallucinations or delusions.”

Persistent mild elevation of mood (for at least several days on end),

Marked feelings of well-being and both

Decreased need for sleep is often present but not to the extent that they lead to severe disruption of work or result in social rejection.

Irritability, conceit, and boorish behavior in place of the usual euphoric sociability.

Concentration and attention may be impaired, thus diminishing the ability to settle down to work or to relaxation and leisure

The appearance of interests in quite new ventures and activities, or mild over-spending.”

The ICD 10 says that a manic episode will consist of all the symptoms of Hypomania, but these additions or changes might be seen:

“The mood is elevated out of keeping with the individual’s circumstances and may vary from carefree joviality to almost uncontrollable excitement.

Elation is accompanied by increased energy, resulting in overactivity, the pressure of speech, and a decreased need for sleep.

Normal social inhibitions are lost, attention cannot be sustained, and there is often marked distractibility.

Self-esteem is inflated, and grandiose or over-optimistic ideas are freely expressed.

Perceptual disorders may occur, such as the appreciation of colors especially vivid (and usually beautiful), a preoccupation with fine details of surfaces or textures, and subjective hyperacusis.

The individual may embark on extravagant and impractical schemes, spend money recklessly, or become aggressive, amorous, or facetious in inappropriate circumstances.

In some manic episodes, the mood is irritable and suspicious rather than elated.”

It is also notable that in cases where there are psychotic symptoms accompanying the disorder, the typical symptoms of mania like suspiciousness or grandiosity may turn into delusions of persecution and grandeur, to name a few. These are known as Mood-Congruent Delusions, because they fit into the mood state of the individual.

The symptoms of depressive mood states in bipolar disorder are given as follows:

In addition to these symptoms, the patient may also suffer from intense loss of motivation and a drop in the desire to be with other people or do anything at all.

According to ICD 10, depression may also involve the following somatic symptoms:

In the depressive phase of Bipolar disorder with psychotic symptoms, the mood congruent delusions may be delusions of shame and guilt and the individual may also experience extremely nihilistic tendencies.

Given below are some striking Bipolar stigma quotes by Carrie Fisher that will uplift people who are struggling with this problem:

“One of the things that baffles me … is how there can be so much lingering stigma with regards to mental illness, specifically bipolar disorder. In my opinion, living with manic depression takes a tremendous amount of balls.”

“You know how most illnesses have symptoms you can recognize? Like fever, upset stomach, chills, whatever. Well, with manic depression, it’s intimate promiscuity, excessive spending, and substance abuse—and that just sounds like a fantastic weekend in Vegas to me!”

“At times, being bipolar can be an all-consuming challenge, requiring a lot of stamina and even more courage, so if you’re living with this illness and functioning at all, it’s something to be proud of, not ashamed of. They should issue medals along with the steady stream of medication.”

“Bipolar disorder can be a great teacher. It’s a challenge, but it can set you up to be able to do almost anything else in your life.”

Laughter is the best medicine, and for that reason, here are some funny Bipolar quotes and sayings that are not specifically about the disorder itself but define the condition perfectly:

“Part of my act is meant to shake you up. It looks like I’m being funny, but I’m reminding you of other things. Life is tough, darling. Life is hard. And we better laugh at everything; otherwise,

“If you’re going through it, keep going.” Winston Churchill

“I am a spy in the house of me. I report back from the front lines of the battle that is me. I am somewhat nonplussed by the event that is my life.” Carrie Fisher

“Lots of people want to ride with you in the limo, but what you want is someone who will take the bus with you when the limo breaks down.” Oprah Winfrey

“If you don’t know where you are going, you might wind up somewhere else.” Yogi berra

In this brief guide, we looked at some great Bipolar quotes to help you cope with Bipolar disorder and not feel so alone. We also looked at signs and symptoms of Bipolar Disorder.

Whatever you need to get through this disorder, even if it is Bipolar quotes, you should make sure that you get it, and keep trying to get better.

If you know someone who has bipolar disorder, we hope that these bipolar quotes will help and inspire them, and if you have any bipolar quotes that we have not included here, please feel free to reach out to us and tell us.

What do you say to someone with bipolar?

Here are some of the most helpful things you may say to someone with Bipolar disorder:

“This is an illness and it is not your fault.”
“I am here for you”
“You are important to me.”
“You’re not alone.”
“How can I help.”
“I might not know how you feel, but I’m here to support you.”
“You will get through this”

What are 5 signs of bipolar?

Here are the 5 main signs of bipolar disorder:

What are the 4 types of bipolar?

What is bipolar attitude?

Bipolar disorder causes a bipolar attitude and bipolar mood swings, which may fluctuate between extreme elation or irritability known as mania, and periods of very low mood and lack of motivation and energy, called depression.

Bipolar disorder is also known as manic depression and it can change the person’s attitude completely, as well as cause changes in sleep, energy, thinking, and behavior.

Factors that trigger bipolar disorder include genetic component and some environmental factors like culture or feelings of constant stress, and substance abuse.

Another common trigger for Bipolar disorder is brain activity of a certain type, as it has been seen that individuals with bipolar disorder have abnormal neurochemical impulses in the brain.