Attention Autism is a module for Autism intervention developed by Gina Davies, and it focuses on improving the ability of the child with autism to focus attention on the outside environment easily, and improve their ability to communicate, particularly in classrooms.

Gina Davies is a Speech and Language therapist, who has come up with attention autism as a way to involve the child and get them to communicate in more effective ways by changing how they perceive the things we want them to pay attention to.

The Attention Autism program is based on the premise of whether an activity inspires the children’s attention and it focuses on activities that the child would be internally inspired to attention to, rather than something they are made to.

According to Gina, activities that inspire attention by virtue of what they are give the child something worth communicating about, which then helps improve their communication skills, which is the whole point of any intervention or program that is done for autism spectrum disorders.

Most activities in attention autism programs are fun and involve laughter which provides good cues to the children that they can then associate with the learning points of the activities, and in this manner the activity and whatever they are teaching the child are more easily remembered.

Joint attention is a major concept that attention autism focuses on, and it refers to the process of two individuals paying attention to the same thing after one of the individuals has pointed it out in some way or drawn the attention of the other person towards it.

Children with autism typically struggle to develop joint attention due to their impaired social interaction and communication skills, and attention autism programs may focus on trying to get the autistic child to attend to something jointly with the adult in order to learn from it. 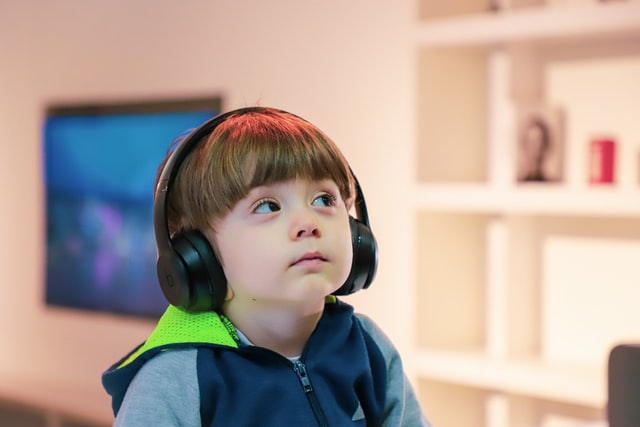 Given below are the main aims of the attention autism intervention program as given by Gina Davies:

The attention autism program happens in 4 main stages, and usually these stages do not vary in the order, but the activities used in each stage can vary significantly depending on the cultural context or the interests or development level of the children.

The stages of attention autism programs are usually focused on making use of some strengths of children with autism spectrum disorders, like:

Based on these strengths and the other facets of autism spectrum disorder, the stages of Attention autism programs are given as follows:

Children are usually arranged in a group at the beginning with the adults amongst them, unlike most programs which may put the adults behind them, and these adults are supposed to act as models to teach the behavior in the initial phases.

Another prop used frequently is a white board, which seeks to provide additional visual cues to the children so that they may be able to conceptualize what is being asked in a more comprehensive way.

Pictures are White Boards are used in attention autism programs for the following reasons:

The stages of attention Autism programs are discussed further in the next sections:

This stage makes use of a big and colorful bucket, which is intended for the sole purpose of making the child pay attention to the visual cues that are in store for the child.

The role of the adult in this stage is simply to model the behavior that needs to take place when the bucket is brought out in a non-verbal manner, so that the child will eventually learn to pick up on social cues and pay joint attention without being asked over and over again.

The main role of the adult here is modelling good attention so for example, if the child gets up, the assistant must be boring and bring them back, whilst continuing to look at the activity.

Children who wander may be seated between two adults and highly anxious child may sit slightly away from the others after anything else motivating to the child has been removed from the room and ensure the child only pays attention to the bucket that everyone is supposed to be looking at.

In the second stage of the attention autism program, the children are meant to be offered an activity that has a sequence building to a fantastic experience and this stage seeks to ensure sustained attention to one activity for a few minutes.

Some other features of the stage 2 activities may be

Stage 3 is a crucial stage in attention autism program, as it involves a shift in attention from what has been happening to individual activity, and then a seamless transition back to the group activity, which is something children with autism can find challenging sometimes.

In this stage, the child is helped in shifting their attention to their own individual participation and then back to the group and share their experiences and objects, which is a complex social skill, and usually developing children share to please others or to be part of the group, which is something that children with autism may have trouble doing.

This stage tries to teach the children to engage in sharing their experience and objects with the group after having gotten attached to them in the individual participation phase, and this may be done with the help of supporting adults who do the behavior first so that the activity can be modelled.

Usually the leading adult will invite the individual child to the front to have a go at the activity., and they may do so by offering the invitation close up to the child, and then they may gradually get further away use an open stretched arm.

This stage involves minimal prompting, as the aim is for the child to accept the invitation, move to the right place and then reseat themselves independently after having shared their experience or done the activity with others.

This stage is also meant to teach the children to avoid predictable patterns of turn by participating in different ways each time.

The last stage of attention autism, the transition stage, involves:

In this stage, every child and supporting adult has a kit of their own that is on each table, and every kit should be in a box.

Once everyone is where they are meant to be the adult demonstrates the activity and the supporting adult takes the first turn to take the kit and go to the table as a model.

Finally, the child puts the finished work into tray and takes back to leading adult ensuring that everything is tidied up.

Autism spectrum disorders scare most people because they are not aware of the proper course and management programs available for this problem, and people often have trouble dealing with the condition because of lack of awareness.

Attention Autism is just another management program to supplement the ones that existed and it is a welcome addition to a field with growing options.

Gina Davies, the creator of Attention Autism intended for there to be an intervention program for autism that focused on the strengths of the children and not the weaknesses or shortcomings, which makes it a very positive psychology oriented program.

If you have any questions or comments about Attention Autism intervention please feel free to reach out to us.

How does autism affect attention?

Autism can affect attention which may be seen most in the difficulty people might face when trying to get the attention of someone who has autism.
Autism can make the inner world of the individual more complex and they prefer to focus on that, which means that there is less attention available for the outer world, and this makes attentional problems fairly common in Autism.

How do you get an autistic child’s attention?

To get an autistic child’s attention, you need to ensure that what you are offering has some interest to the child, and it is something that they see as a reward, especially if you are trying to get their attention for something that they may not like to do.
Here are other tips to get an autistic child’s attention:
Play with the child
Reward the child every time they refocus attention to what you want
Do more close-ended activities
Involve more engaging props that are colorful and interesting

What are the 3 main characteristics of autism?

How does autism increase joint attention?

Autism affects joint attention negatively, and therapies aimed at increasing joint attention in Autism are a huge area of research in psychology, as it can have great impact on how one communicated with someone who has autism.
Autism can significantly decrease joint attention, which is the practice by which two people are able to focus on one thing after one of them has captured the attention of the other, and due to the lack of communication skills in someone with autism, this can be highly problematic for these individuals.

At what age does autism appear?

Autism usually appears around the age of 3 and while it is a pervasive developmental disorder which does not tend to go away, the symptoms of autism may improve over time.
While some children with autism may show symptoms quite early, some may not show any symptoms till they are about 24, months or two years, old, but in any case these symptoms usually show themselves by the time the child is 3.