In this brief guide, we will look at why some people get anxiety when hearing yelling, and what they may do about it. We will also look at related topics like the psychological effects of being yelled at, anxiety from being yelled at and anxiety symptoms.

Anxiety when hearing yelling can be due to two main reasons: First, you are interested in some way and the excess noise is causing a sensory overload, and second, you have a fear of loud noises, or phonophobia.

The fear of loud noises, phonophobia, and anxiety when hearing yelling from a particular source or in a particular situation may both have similar causes, that you have a learned response to this particular stimulus.

Most people who have anxiety when hearing yelling feel this way because they grew up in a chaotic atmosphere or a chaotic, and even abusive, household.

These individuals may flinch from anxiety when they hear yelling anywhere in the vicinity because their central and autonomic nervous system has been taught over time that yelling is bad and causes pain that one needs to escape from.

Many people also feel anxiety when someone raises their voice around them even in a non-negative manner, and this is an indicator that this person likely saw abuse in their home as a child or were subject to it themselves in some way, by a parent or even a teacher.

Long-standing squabbles between partners, parents, or problems with other individuals in a person’s life can make them very vulnerable to feeling anxiety when hearing yelling, because their brain has become wired to anticipate negative emotions when volumes are increased.

The other potential explanation for anxiety when hearing yelling is sensory overload, which is a phenomenon where the brain is not able to handle the stimuli that are coming at it, and it happens to everyone at some point or another when we haven’t slept in a while or are sick.

Some people experience sensory overload when they have a migraine as well, although that may be more of a visual variety than an auditory one.

Either way, some people may feel anxiety when hearing yelling because they are already in a stressed out situation where their autonomic nervous system is working overtime to come out of a dangerous situation that does not exist, and when yelling is added to the mix it may throw the person even further.

Some people may even feel a sinking feeling in their chest when hearing yelling and this may indicate nervousness or anxiety. 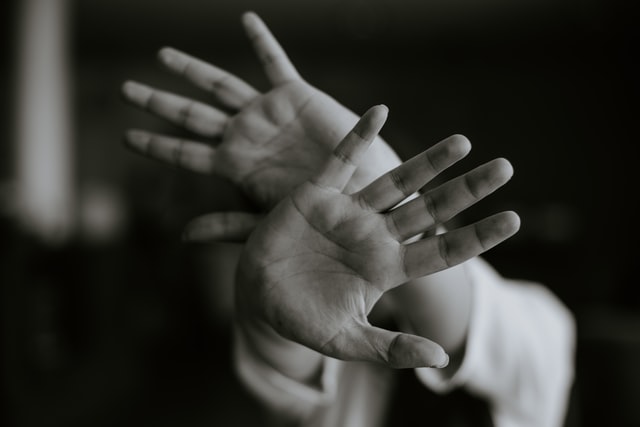 Given below are some main somatic or physical symptoms of anxiety:

The most common type of anxiety when hearing yelling is the type that may be covered by generalized anxiety disorder, and the DSM criteria for this disorder is as follows:

“Excessive anxiety and worry (apprehensive expectation), occurring more days than not for at least 6 months, about a number of events or activities (such as work or school performance).

The individual finds it difficult to control the worry.

The anxiety and worry are associated with three (or more) of the following six symptoms (with at least some symptoms having been present for more days than not for the past 6 months):

The anxiety, worry, or physical symptoms cause clinically significant distress or impairment in social, occupational, or other important areas of functioning.

The disturbance is not attributable to the physiological effects of a substance (e.g., a drug of abuse, a medication) or another medical condition (e.g., hyperthyroidism).”

Furthermore, another possible type of anxiety when hearing yelling may be phobic anxiety, or Phonophobia, which may be diagnosed on the basis of the following criteria in the formal setting:

Note: In children, the fear or anxiety may be expressed by crying, tantrums, freezing, or clinging.

The phobic object or situation is actively avoided or endured with intense fear or anxiety.

The fear or anxiety is out of proportion to the actual danger posed by the specific object or situation and to the sociocultural context.

The fear, anxiety, or avoidance is persistent, typically lasting for 6 months or more.

The fear, anxiety, or avoidance causes clinically significant distress or impairment in social, occupational, or other important areas of functioning.”

Psychological Effects of being Yelled at

Anxiety when hearing yelling is only one of the psychological effects of being yelled at, and others include the following:

A huge psychological effect of being yelled at is Stress because it causes the other person’s brain to kick into fight or flight mode and this puts the body in a state to act in the absence of a dangerous situation, which causes adverse problems in the body.

Hans Selye was a well-known researcher who gave the model for Stress which is considered the most influential and beneficial, and it talks about the things that happen to the body when it is under duress, like someone yelling at you all the time.

This model is called GAS, the full form of which is General Adaptation Syndrome, and it highlights how a body reacts to perpetual stress, and the stomach problems from stress, increased alertness, problems like fatigue and tiredness, and neurological damage that may become apparent as the person grows older just because they were yelled at so much.

Anxiety from Being Yelled at

In the psychological effects of being yelled at we saw that one may also experience anxiety from being yelled at, and this is primarily because yelling at someone all the time instills a fear in them that something bad is about to happen every time they hear a noise or loud voice.

Anxiety from being yelled at is a direct consequence especially in cases where the person is getting yelled at for minor things, which makes them think that they don’t have anything under their control and as a result they may be afraid all the time.

When someone does not get to learn proper object-fear relationships in a manner that “this is dangerous/bad, I should not do it”, and they learn instead that “should I do this, what if I get yelled at?”, they are essentially learning only the concept of fear, and not what they should fear.

This can do one of two things, it can either give the person generalized anxiety where they are just scared all the time, or it may prime them to react very strongly every single time they are yelled at, and eventually this may turn into a panic disorder.

Panic disorder may result from the anxiety from being yelled at because may be a form of anticipatory anxiety; the person has come to believe they may get a yelling anytime, and so they anticipate it all the time instead of when they have actually messed up.

Eventually this anticipatory kind of anxiety flows over, the way a bucket overflows, in the form of a panic attack, which worsens the anticipatory anxiety further because now the person is afraid of two things instead of one, and the cycle goes on.

How to cope with anxiety when hearing yelling?

Therapy is the best way to cope with anxiety from hearing yelling, because this kind of fear is deep-rooted and likely has its basis in strong childhood emotions that need to be resolved.

Until you can get therapy, here are some short term tips to help you feel better when experiencing anxiety from hearing yelling:

In this brief guide, we looked at why some people get anxiety when hearing yelling, and what they may do about it. We also looked at related topics like the psychological effects of being yelled at, anxiety from being yelled at and anxiety symptoms.

Anxiety is hard enough to deal with on its own, but when you add yelling and screaming into the mix it can get that much harder, which means that the person may often feel like they have nowhere to run to.

When you start getting anxious because someone is yelling at you, try to take some deep breaths and get out of the situation as fast as you can so you can begin the healing process.

If you have any further questions or comments about what it means when someone gets anxiety from hearing yelling, please reach out to us any time.

Can being yelled at cause anxiety?

Yes, being yelled at can cause anxiety because it makes the fight or flight response of the individual more active and this can lead to putting undue stress on the person’s body in the absence of actual threat, which can cause anxiety.
Studies also show a connection between emotional abuse and yelling, and depression or anxiety, and it has also been seen that yelling may often cause the worsening behavior and can even develop into self-destructive actions, like substance abuse and impulsive or thrill seeking behavior.

Why does screaming give me anxiety?

Screaming may give you anxiety because it has been documented that being screamed at or yelled at can significantly change the mind, brain and body in many ways, increasing the activity of the amygdala, which is responsible for many primal and deep-seated emotions, in particular fear, and it can increase stress hormones in the bloodstream.
Being screamed at can also cause anxiety symptoms like tensing up of the muscles and stomach problems or dizziness because of autonomic arousal.

Why do arguments give me anxiety?

Arguments can give you anxiety because they may sometimes involve a constant bickering that does not let your mind rest, which in turn can leave you with no room to introspect or cool down and think about the problem at hand.

Can arguing cause anxiety?

Yes, arguing can cause anxiety, and if it is happening to you too often, you may want to look at some conflict resolution strategies or consult a therapist or other mental health expert to learn how to manage the feelings these conflicts cause.