An agoraphobia test determines whether you are agoraphobic or not, which refers to a severe mental illness that makes the sufferer extremely anxious and fearful about social situations, to the point that they become confined to their house.

Agoraphobia is usually progressive, and since it is a type of phobia it involves the typical symptoms of anxiety like palpitations, autonomic arousal when confronted with the anxiety-provoking stimulus (in this case a confrontation with social situations) and an extreme fear that something will go wrong.

Agoraphobia tests in a professional setting are usually rating scales that the clinician completes based on symptoms they hear from the patient and the observations they make based on clinical interviews.

For many people suffering from agoraphobia, it may be hard to take a test in the clinical setting because of their crippling anxiety related to social situations of any kind, which means that they need to take online agoraphobia tests or talk to a clinician remotely.

Luckily, because of the advances in modes of communication over the decades, agoraphobia is not a condition where the person has to stay a shut-in forever, and they can seek treatment somehow, and have clinical interviews online if they are in too bad a condition to venture out.

In some cases, agoraphobia tests are not the only way to determine if someone has this condition, and if the problem is severe enough, one may be able to figure out just by the most extreme symptoms whether someone is an agoraphobic. 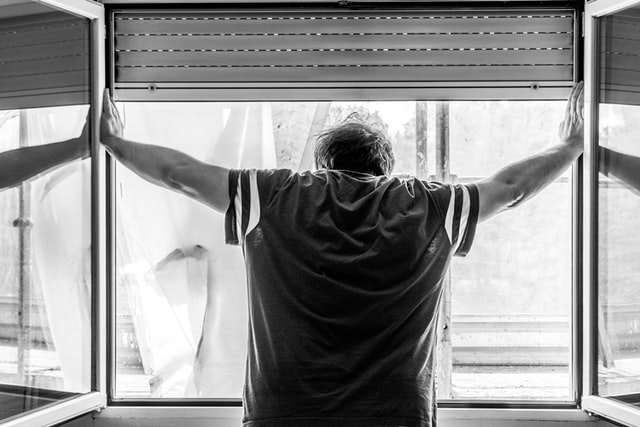 While the NHS does not have any specific agoraphobia tests, they do have a detailed description of what one might want to look for if they feel that they have agoraphobia.

According to the NHS, agoraphobia is diagnosed on the basis of the following:

In addition, the NHS describes Agoraphobia in the following way:

“Agoraphobia is a fear of being in situations where escape might be difficult or that help wouldn’t be available if things go wrong.”

“Many people assume agoraphobia is simply a fear of open spaces, but it’s actually a more complex condition. Someone with agoraphobia may be scared of:

Fake agoraphobia may involve someone who is refusing to come out of their home or refusing to participate in the necessary activities they need to complete by claiming that they have agoraphobia, and this condition is known as Malingering.

Malingering in itself can be a disorder, but in most cases, someone who is malingering claims to have a mental or physical disability of some sort to get out of doing what they need to do.

In every case of malingering, the person is usually trying to gain something, it could be getting out of work, trying to get sympathy or just trying to avoid responsibility in some way.

However, malingering should not be confused with Munchhausen’s Disorder, which is a genuine mental illness where the person tries to give themselves vague and mild symptoms in order to gain attention in a medical setting.

Someone with Munchhausen’s does not usually claim to have a mental illness, and they will usually mimic symptoms of a physical illness to get treated with care and affection.

Agoraphobia may usually develop as a result of social anxiety or panic disorder that has gone untreated and reached a point where the person’s avoidance of social situations has confined them to their house.

The DSM criteria for Agoraphobia is as follows:

“Marked fear or anxiety about two (or more) of the following five situations:

The individual fears or avoids these situations because of thoughts that escape might be difficult or help might not be available in the event of developing panic-like symptoms or other incapacitating or embarrassing symptoms (e.g., fear of falling in the elderly; fear of incontinence).

The agoraphobic situations are actively avoided, require the presence of a companion, or are endured with intense fear or anxiety.

The fear or anxiety is out of proportion to the actual danger posed by the agoraphobic situations and to the sociocultural context.

The fear, anxiety, or avoidance is persistent, typically lasting for 6 months or more.

The fear, anxiety, or avoidance causes clinically significant distress or impairment in social, occupational, or other important areas of functioning.

If another medical condition (e.g., inflammatory bowel disease, Parkinson’s disease) is present, the fear, anxiety, or avoidance is clearly excessive.

The fear, anxiety, or avoidance is not better explained by the symptoms of another mental disorder—for example, the symptoms are not confined to specific phobia, situational type; do not involve only social situations (as in social anxiety disorder), and are not related exclusively to obsessions (as in obsessive-compulsive disorder), perceived defects or flaws in physical appearance (as in body dysmorphic disorder), reminders of traumatic events (as in post-traumatic stress disorder), or fear of separation (as in separation anxiety disorder).”

The other major classification system, the International classification of mental and behavioral disorders, gives the following diagnostic features of Agoraphobia:

“Fears not only of open spaces but also of related aspects such as the presence of crowds and   of immediate easy escape to a safe place (usually home). The term therefore refers to an interrelated and often   of phobias embracing fears of leaving home: fear of entering shops, crowds, and public places, or of travelling alone in trains, buses, or planes. Although the severity of the anxiety and the extent of avoidance behavior are variable, this is the most incapacitating of the phobic disorders and some sufferers become completely housebound; many are terrified by the thought of collapsing and being left helpless in public.

“The lack of an immediately available exit is one of the key features of many of these agoraphobic situations. Most sufferers are women and the onset is usually early in adult life.”

The diagnosis of Agoraphobia on the basis of the ICD 10 is made according to these three criteria:

While it is generally not advisable to take online agoraphobia tests on the discretion of the person and without the help of a clinician, there are some tests available online, like the Agoraphobia self-assessment quiz on the website Recovery village or the Panic and Agoraphobia Scale.

The links to both these tests are below:

Agoraphobia treatments are centered around two main things: Improving the ability of the person to be in social situations and reducing the anxiety that surrounds interaction with social situations.

Keeping the symptoms in mind, agoraphobia treatments may involve the following:

Agoraphobia can be a debilitating and confusion mental illness that can seem very daunting and problematic if you don’t know about it, and though the online agoraphobia tests may be useful in giving you some pointers about the anxiety you feel, often they are not enough to make up your mind about this condition.

The true agoraphobia test is a visit to a professional like a psychiatrist or clinical psychologist, and usually these professionals are able to exercise their judgment about your condition and tell you if you might have agoraphobia or some other condition.

If you do take an agoraphobia test and that you have this condition, you need to look into some treatment options because this is not a condition that gets better on its own, and you need to seek help.

If you have any questions or comments about agoraphobia tests please feel free to reach out to us.

How do you know if you have agoraphobia?

To know if you have agoraphobia you might need to consider if you have any of the following symptoms when you are in a public place or need to interact with the environment outside your house:
Rapid heartbeat.
Chest pain.
Difficulty swallowing (dysphagia)
Diarrhea
Rapid breathing (hyperventilating)
Feeling hot and sweaty.
Feeling sick.
Trembling.

Is agoraphobia a severe mental illness?

Yes, Agoraphobia is a severe mental illness as it may cause the person to become a complete shut-in and start avoiding any situation that involves social interaction or the possibility of getting out of their comfort zone, which is usually their house.
Agoraphobia is a type of anxiety disorder where the person starts avoiding situations outside their home because they feel trapped, helpless or embarrassed.

What are the causes of agoraphobia?

Agoraphobia can have many causes ranging from environmental to trauma in the childhood, and often it develops as a complication of panic disorder or social anxiety, which worsens over time to make the person scared to be in any situation where the anxiety might get triggered.
For some people, a panic attack occurring in a social situation might cause them to wrongly learn that social situations are a cause of negative emotions and thoughts, and they may start avoiding those situations because they fear losing control, which causes agoraphobia.

Can agoraphobia be cured?

Yes, Agoraphobia can be cured, but it may take a long time of therapy and medication and the person has to be willing to receive treatment.
Agoraphobia is not something that is beyond the cure or beyond help in any way, it is a severe manifestation of panic and anxiety and if it is treated as such, there is no reason why it cannot be cured.