In this brief guide, we will look at the difference between 4w3 vs 3w4 enneagram personality types, as well as other related concepts like the enneagram type 3 and enneagram type 4.

This means that type 4w3 tends to be quieter and more creative than ambitious or bent on achieving things, whereas the 3w4 might be more about achieving things using their creative and somewhat romantic notions of the world.

The 3w4 personality is likely to be always putting on a show for other people around, trying to grasp attention or making things happen for them, and they tend to be more externally motivated than the 4w3, who may pay more attention to their inner world and try to do things that fit into this world instead of dealing with the outside.

The 3w4 is also much more ambitious than the 4w3, but this does not mean that they are in any way malicious, manipulative, narcisssist, or boisterous, it just means that they like to put on the mask of who they really are or how they feel, while the 4w3 may be more open and honest because they may be too concerned about their unique sense of identity to bother with any masks.

The 3w4 needs to be lauded for their efforts and it may often be a huge part of everything they do and what they want to achieve, whereas the 4w3 may want to achieve the things they want for the sole purpose of creating a unique identity in their community.

The 4w3 may also have great self-awareness, whereas parts of the self-identity may be somewhat blurry to the 3w4 unless they concern goals and achievements. 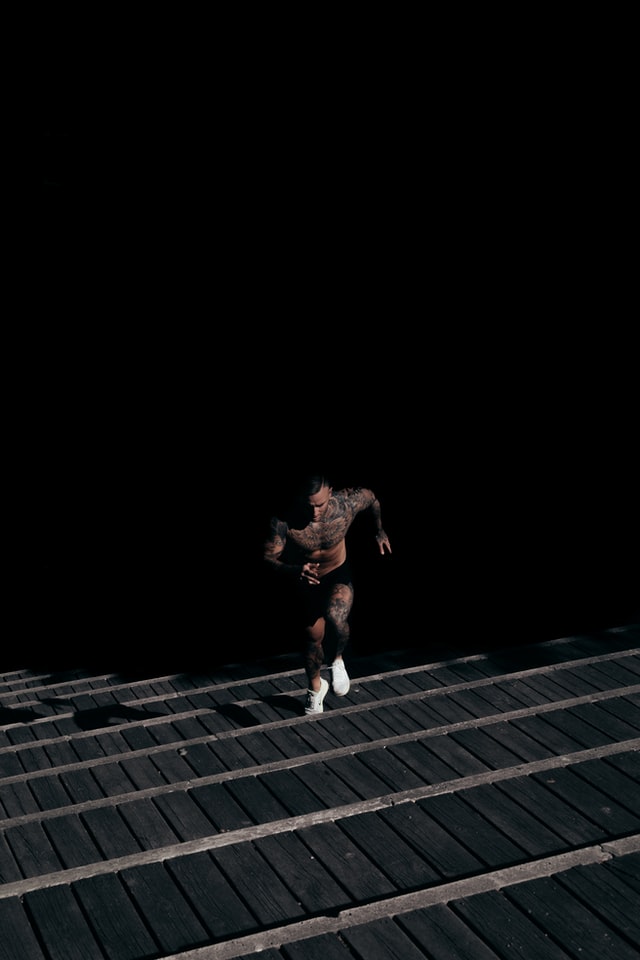 The enneagram is an ancient art of diagrammatically representing points on a circle and connecting them with lines to form a symbol that contains types with distinct traits within itself.

The modern neuropsychological diagrammatic representation called Connectogram is said to have been inspired by Enneagrams, which are a circle with nine equidistant parts on it (Enneagram is greek, where Ennea: Nine and Gramma: Writing or putting down information).

The enneagram test assesses which of the 9 personality types is most dominant in a person, and the benefit of this test is that even the adjacent types may be explored so that the person can get a sense of whether the individual might be a subtype, involving a wing.

A wing is a connection or crossover that may form between two personality types that lie adjacent to the enneagram, and the wing may be intentional or unintentional, that is, these crossover of personality traits may also be developed with therapy or conscious effort on the part of the individual.

A wing offers the possibility for growth and consists of traits that supplement or complement the dominant personality type in some way.

The most common enneagram test that is validated by research is the Riso Hudson Enneagram Type Indicator (RHETI), and while a number of online tests are available this is the only one that offers true and valid insights about the type of personality someone might be.

The 3w4 and 4w3 relationship may seem like it might not have much to base itself in but these two types can actually form a rather complementary relationship, where each may bring qualities to the relationship that the other generally lacks.

Enneagram 4w3 may enable the enneagram 3w4 how to talk about themselves on a deeper level and introspect about their inner world so that they can acknowledge and process their feelings in an almost spiritual way.

This can help the type 3w4 to become more open and deeper at the same time, and they can focus on more than just their goals.

The 4w3 might also be able to bring more sensitivity into the life of a 3w4, a feeling for beauty and for the non-practical but fulfilling aspects of life.

The 3w4 personality on the other hand may bring more fire and ambition into the life of the 4w3, and they may make the relationship more entrenched with a sense of hope.

The 3w4 may also be able to find practical goal-setting, coaching, and behavior management techniques that may help the relationship in times of fights or rough patches.

The 3w4 personality has the core traits of the enneagram personality type 3 and some personality traits of type 4, and this allows these individuals to be high on drive and ambition which makes accomplishing something great much easier.

The 3w4 is driven by both the need to achieve as well as to be significant, which means they can follow their goals towards wanting to be important and make a unique identity, which may get fueled by the ambition and achievement-focused attitude of type 3.

The 3w4 is focused and seriously career-oriented and sometimes they may be more introverted than type 3 or 3w2.

The basic fear of the 3w4 is that they might be seen as unworthy or incompetent in some way, and the 4 wing might make them afraid that their accomplishments won’t be worth or that they won’t have a unique identity.

The basic fear of 3w4 drives them and they may often feel the stakes get higher when they make bigger goals for themselves, and they may push themselves harder and harder to achieve these goals.

The three with a four-wing may be very scared of failure of any kind and the idea of not being able to reach the heights they have decided they need may be hard for them to live with, which may cause a lot of anguish.

The basic fear of the 4w3 personality is not being significant or unique in their world or not being able to form a distinguished identity that represents who they are, and subsequently getting lost in the crowd.

The 4w3 expresses themselves in ways that would help alleviate this basic fear by trying to frequently differentiate themselves from the rest of the world, and they do so in an artistic or creative manner, or maybe even in some way of achieving a tangible goal because of the wing on type 3.

The basic desire of the 4w3 is that they want to make a mark in the world and create an identity that is unique to them.

Type 4w3 desires most of all to stand out in a crowd, even though they are generally quite introverted people who tend to be reserved, which one may theorize is a sort of preemptive defense against possible failure.

The 4w3 may be very scared of failure, and therefore desire the exact opposite all the time, which is, achieving success, which may be evident in their need to accomplish big goals or contribute to society in some relevant and major way.

The enneagram 4w3 may want to create an image of themselves that best describes how they feel on the inside and what their talents and skills are really like.

The desire for uniqueness and personal identity that 4w3 carries may lead them to intense bouts of creativity and self-expression, which may make them feel even more inspired.

Enneagram 4 personality is known as the Individualist or the Romantic, because of their highly introspective and imaginative attitude which makes them incredibly creative as well.

The Enneagram 4 personality is known for their self-awareness and sensitivity, which is likely why they have the moniker of the Romantic, and one might find that these people often tend to be shy and reserved.

Despite the outward appearances of the introverted personality type, however, the enneagram type 4 personality has the capacity to be emotionally honest, creative, and personal, and they may form deep personal attachments with other people that they don’t let go of easily.

The enneagram type 4 personality is full of contradictions like these, which often makes people not understand these rare personalities, and this may often be the reason why they end up being somewhat moody and self-conscious.

The enneagram 4 may sometimes also be guilty of withholding themselves from others because they feel vulnerable and defective, and this is the concept that underlies their basic fear of being unworthy and insignificant.

The enneagram 4 is driven by a need to create a unique identity in the world and they also have the deep-seated fear that it won’t happen for them can lead them to isolate themselves preemptively so that they don’t get hurt later.

Type 4 may also sometimes be somewhat melancholy, self-indulgent, and self-pitying, but these are usually traits seen in the unhealthy type 4, and with help and at their very best, they are inspired and highly creative.

The enneagram type 4 also has the unique ability to renew themselves when they are feeling too down and they can transform their experiences to create whatever they want, and it usually ends up being unique and significant, which creates the identity they want in the world.

The basic desire of the enneagram type 4 is to know themselves well and to establish their significance in the world around them so they can create a legacy or identity of some type.

Though they can be withdrawn and reserved, type 4 finds ways to express their creativity and vision, which they excitedly share with the world.

In this brief guide, we looked at the difference between 4w3 vs 3w4 enneagram personality types, as well as other related concepts like the enneagram type 3 and enneagram type 4.

The differences in personality types, like that of 4w3 vs 3w4 and others, are mostly arbitrary and there is a chance that the person grows and changes over time to such an extent that their personality type also changes somewhat.

Gordon Allport, a prominent personality theorist, defined personality as a complex and dynamic psychosocial system, which means that we are all subject to change throughout the course of our lives, and it may be possible to identify as more than one type of personality.

If you have any questions or comments about personality types or about differences like that of 4w3 vs 3w4, please feel free to reach out to us.

If you’ve enjoyed the ”4w3 vs 3w4 personality types” mentioned above, I would recommend you to take a look at ”4w3 vs 4w5” too.

What is a 4w3 Enneagram?

4w3 enneagram is a personality type with the core characteristics of the type 4 personality and a wing on personality type 3, which may make these individuals highly motivated but at the same time somewhat introverted and creative as well.

The 4w5 personality may understand themselves well and they are also good at expressing this understanding through art, and they may also thrive in an environment that allows them room for creativity.

The 4w5 personality type is somewhat withdrawn from others because they have a basic fear of rejection and they are mostly highly creative and innovative.

The 4w5 personality type may now care a lot about the opinions of others and they prefer finding their own way by the means of investigation and discovery.

Enneagram Test For Type 4 (How To Tell)

Self Preservation 4 (A Comprehensive Guide)